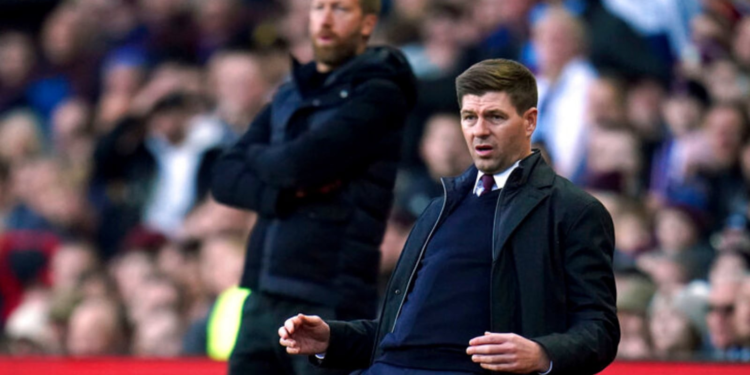 Aston Villa manager Steven Gerrard suggested they could consider vaccine status during the hiring process as they speak to potential transfer targets.

Aston Villa manager Steven Gerrard said the club could discuss vaccine status from signing targets if they want to bolster their squad during the January transfer window.

The Premier League said on Monday it found a record 42 cases of COVID-19 among club players and staff in the past week, shortly before Manchester United’s game against Brentford was postponed due to an outbreak at Old Trafford club.

Gerrard, whose side also had players and staff tested positive this week, told British media on Monday that their thorough recruitment process meant vaccine status could be considered when speaking with potential recruits.

“I am very impressed with (Sporting Director) Johan Lange and the guys around him in recruitment and scouting in terms of the details and the work I have seen so far. We look at everything. So I’m sure it will come,” Gerrard said.

“But of course we will make decisions if and when we decide that a certain person is the one who can come in and make us better. We go over it with a fine-toothed comb.

“But I don’t think it’s right to say whether or not I would in that situation. But it would definitely get in the background in conversations.”

Villa, who is 13th, travels to the bottom of Norwich City in the league later on Tuesday.