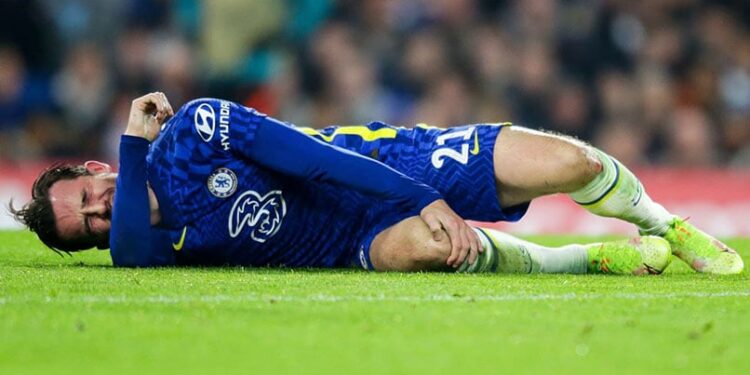 Chelsea defender Ben Chilwell will undergo knee surgery that will put him out for the rest of the season. Chilwell suffered an anterior cruciate ligament during Chelsea’s Champions League win against Juventus on November 23. The Blues had hoped Chilwell could return to action without surgery, but the England left-back has been told to have the tires repaired. “Following a knee injury in the game against Juventus, Chelsea’s medical department, in conjunction with their knee specialist, have made the decision to try a conservative approach to rehabilitation,” said a Chelsea statement.

“Unfortunately, Ben was unable to progress and so it was collectively decided to proceed with a surgical repair this week.”

With Chilwell reportedly out until the end of this season, Chelsea could look to the January transfer window for a replacement.

Marcos Alonso is Chelsea’s only senior left-back in the absence of Chilwell.

Blues midfielders Callum Hudson-Odoi, Saul Niguez and Christian Pulisic have been replaced without feeling comfortable in the role.

Maatsen has impressed in Coventry in the championship, while Emerson has been a fixture in his temporary stint at Lyon.

Chilwell’s surgery is the latest injury for third-place Chelsea, who will host Brighton in the Premier League clash on Wednesday.

Ruben Loftus-Cheek is in doubt with a foot injury, while Timo Werner and Kai Havertz may return after Covid-19 isolation.

Thiago Silva suffered a thigh injury in Sunday’s win at Aston Villa and N’Golo Kante suffered a knee problem, with both doubtful of taking on Brighton.