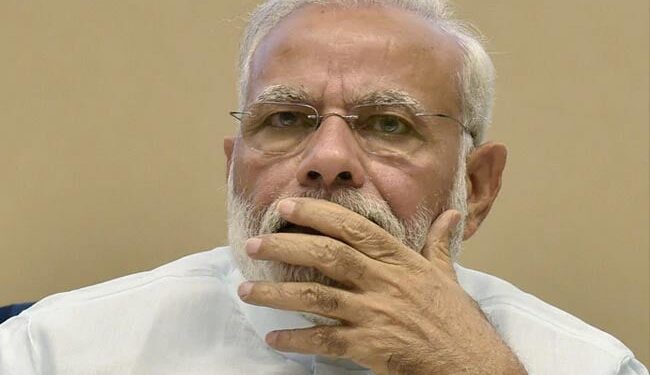 With just weeks to go before the presentation of the Union’s 2022-23 budget, Prime Minister Narendra Modi met with the top executives of some of the country’s ‘blue chip’ companies on Monday to ask for their input on the annual exercise, while he assured them that the government is making efforts to reduce the compliance burden.

Chief executives and CEOs of companies from sectors ranging from telecom, electronics, auto, hospitality and consumer goods, among others, met the Prime Minister and shared their views on the upcoming budget.

This was the Prime Minister’s second meeting with industry representatives, having met players from the private equity and venture capital sector last week.

PM Narendra Modi works with leading CEOs of companies in banking, infrastructure, automotive, telecom, consumer goods, textiles, renewables, hospitality, technology, healthcare, aerospace, electronics, etc. This is one of the many interactions PM ahead of budget to receive input and suggestions from the private sector.- PIB India (@PIB_India) December 20, 2021

While Mr Modi urged industry leaders to take advantage of the government’s productivity-related incentive schemes (PLI) and sought more investment in sectors such as agriculture and food processing, the CEOs, for their part, appreciated the government’s recent GatiShakti initiative and the commitment of the land at COP26.

Industry leaders during their meeting with the prime minister shared ideas that could help increase the “ease of doing business” atmosphere in the country.

Tata Steel CEO and CEO TV Narendran said the government’s timely response has led to a V-shaped recovery from the coronavirus pandemic, while Mr Sanjeev Puri, chairman and director of ITC Limited made suggestions to food processing industry further.

CEO of Kotak Mahindra Bank, Mr. Uday Kotak, said the Prime Minister has implemented reforms such as Swachh Bharat and Start up India to name a few.

Director and CEO of Maruti Suzuki, Mr. Kenichi Ayukawa, expressed his commitment to achieve the government’s goal of making India a manufacturing giant.

Ms Preetha Reddy, Vice-Chairman of Apollo Hospitals Group, spoke about steps to boost human resources in the health sector, while Mr. Ritesh Agarwal, CEO of OYO, spoke about the need to focus on emerging areas such as artificial intelligence and machine learning.