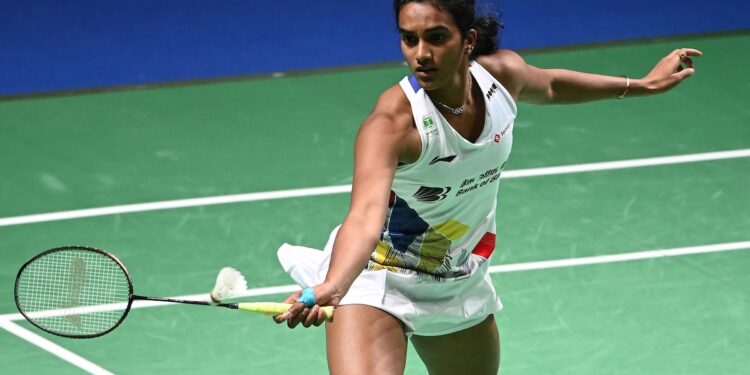 The legend of PV Sindhu grew with a second Olympic medal, Kidambi Srikanth regained his touch with a historic World Cup silver and Lakshya Sen continued to dazzle, but the listless performance in team events marked a significant low for Indian badminton in a tumultuous year. The COVID-19 pandemic was expected to disrupt the international calendar with many events being either canceled or rescheduled, but Indian shuttlers seized the opportunity even though a title win eluded them.

As the silver medalist of the Rio Olympics, Sindhu led the way with a bronze medal in Tokyo and a silver at the season-closing World Tour Final, Srikanth and Lakshya donated a year-end special, taking silver and bronze respectively at the World Championships.

It was a moment to cheer as for the first time, two Indian men returned with medals from one edition of the World Championships, a feat previously achieved by Sindhu and Saina Nehwal in women’s singles at the 2017 event in Glasgow.

However, neither Sindhu, nor Srikanth or Lakshya, who had reached the final of the Dutch Open, were able to cover the full distance as India’s title race went on.

The fact that BWF decided to squeeze nine tournaments into 12 weeks after the resumption of the international circuit didn’t help either, as many players got injured.

Sindhu, the 2019 world champion, was understated during the Thailand stage at the start of the year, but she quickly reached the final at Swiss Open in March before coronavirus forced the suspension of three Olympic qualifiers.

Sindhu had already secured a place at the Tokyo Games, then secured her place among the greatest when she added a bronze medal to Rio’s silver medal in the biggest multisport extravaganza.

She then took a two-month break and made a consistent run after her return, reaching three semifinals at the French Open, Indonesia Masters and Indonesia Open.

Sindhu then hisses at the season-closing World Tour Finals, which ended with a silver medal.

The final finish raised hopes of a successful defense of her world championship gold, but it was not to be as Sindhu returned empty-handed from the prestigious event for the first time since 2017.

While Sindhu’s season ended with a quarter-final in Huelva, Srikanth and Lakshya more than made up for the disappointment.

Since winning four titles in five finals in 2017, Srikanth has struggled with fitness and form and the bottom line came when he failed to secure the Tokyo berth due to a mix of injuries and cancellation of qualifications.

However, the 28-year-old from Guntur shook off disappointment and slowly found his groove with two semifinals at Hylo Open and Indonesia Masters before an explosive performance at the World Championships.

Srikanth took one superlative after another to compete in his first final since the 2019 India Open, becoming the first man to earn India silver at the World Championships.

As Srikanth traveled from despair to ecstasy in a matter of months, 20-year-old Lakshya charmed with his youthful exuberance as he continued his good run from 2019 when he had won five titles before COVID-19 somewhat halted his progress.

The youngster from Almora wrote a final finish at the Dutch Open, reached the semifinals in Hylo and then reached the knockout stage of the World Tour Finals on his debut.

Lakshya then shone with bronze at the World Championships, joining his mentor Prakash Padukone and B Sai Praneeth.

Struggling with gastroesophageal reflux disease and then COVID post-effects, HS Prannoy also topped out with a quarter-final in Spain.

It was also a good year for men’s doubles pair Chirag Shetty and Satwiksairaj Rankireddy as they reached the semifinals at Toyota Thailand Open, Swiss Open and Indonesia Open before the latter’s injury took its toll.

The duo also won two out of three matches against higher-ranked opponents at the Tokyo Olympics, but missed the quarterfinals after the decision was made based on the number of matches won and lost.

Plagued by injuries, however, Saina, the bronze medalist of the London Olympics, had had a difficult year as she failed to qualify for the Tokyo Olympics and was also forced to withdraw from the World Championship for the first time in her career. .

The former world No. 1 returned to the track during the Uber Cup, but it was cut short due to multiple injuries, including a groin problem.

In the absence of star players, India left the Sudirman Cup early after winning just one of its three matches.

The men’s and women’s team put on a slightly better show in the Thomas and Uber Cup finals, finishing in the quarter-finals.

Other emerging shuttlecocks such as Aman Farogh Sanjay, Revati Devasthale and Priyanshu Rajawat also gave hope to Indian badminton by taking international wins in the past year.