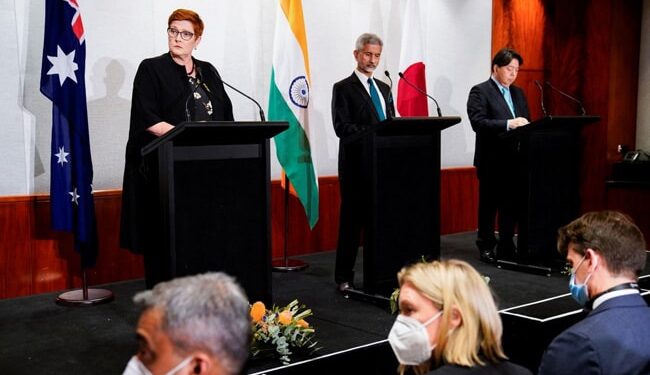 Quad countries is an informal grouping of Australia, Japan, India, and the United States

In a statement, the four countries also said they reaffirmed their commitment to maintaining and strengthening the “rules-based” multilateral trading system and oppose “compulsory economic policies” that conflict with it.