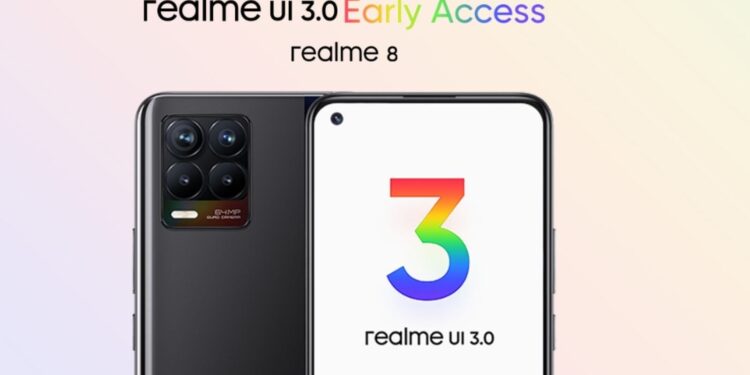 Realme has also acknowledged some of the known issues such as slow reboot time, battery issue, no camera watermark.

Realme has started rolling out Android 12-based Realme UI 3.0 on the budget Realme 8 in India. The software update is available to “fans” who have signed up for the early access program, the company notes. It essentially means that the current Realme UI 3.0 for Realme 8 users in the country is in beta. Once testing is completed successfully with selected users, the company will begin rolling out the stable version to all users based on feedback. Realme began batch accepting applications on January 21.

After the Realme UI 3.0 update, Realme 8 users will get access to new features and user interface. Some of the key Android 12 features are also coming to the smartphone. Realme had clarified that the new software iteration brings “Fluid Space design” and “Sketchpad AOD”, “features to help protect your privacy” and “system-wide improvements” to make the smartphone faster.

To get the trial version of Realme UI 3.0, go to Settings > Software Update > Check if you have the update > Click the Settings icon in the top right corner > Trial Version > Early Access > Submit Request.

In the official Realme UI 3.0 changelog for Realme 8, the company explains: “You will receive the update soon after submitting all the necessary information in the application channel, but please note that we have limited places to ensure an optimal beta testing program. .”

Realme has also acknowledged some of the known issues such as slow reboot time, battery issue, no camera watermark. The changelog emphasizes that users must guarantee a 60 percent battery and backup all files before the software update. Users must verify that Realme 8 is running at least on the required UI version – RMX3085_11.A.22/ RMX3085_11.A.24 to be eligible for Android 12 based Realme UI 3.0. Realme 8 will cost Rs 15,999 for the base 4GB RAM and 128GB option.