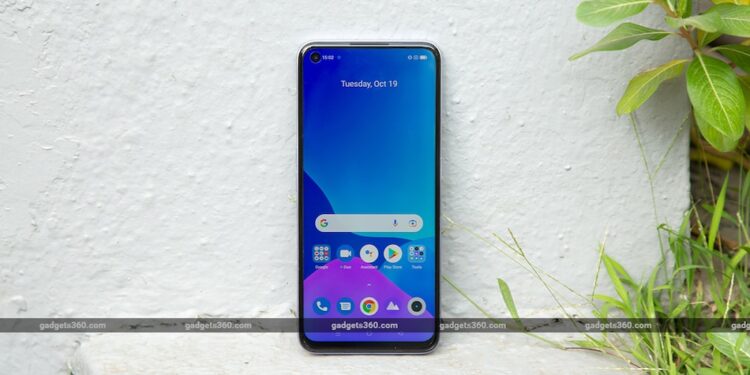 Realme 9 series smartphones have been tipped several times in the past. The new lineup of the Chinese smartphone brand is expected to include the vanilla Realme 9, in addition to Realme 9i, Realme 9 Pro and Realme 9 Pro+/Max. Ahead of an official announcement from Realme, the new Realme 9i and Realme 9 Pro+ models have reportedly appeared on the China Quality Certification (CQC) list of key specs. Recently, Realme 9 Pro+ and Realme 9i have appeared on multiple websites, including the certification site of the National Broadcasting and Telecommunications Commission (NBTC) of Thailand, the US FCC and TUV Rheinland websites virtually confirming their imminent arrival.

According to a report from MySmartPrice, Realme 9 Pro+ and Realme 9i smartphones are now listed on the CQC certification website.

Realme 9i is said to be listed on the CQC website with the model number RMX3491. The list suggests the battery capacity and charging type of the smartphone. The handset is said to have a 4880mAh battery with support for 33W fast charging. The Realme 9 Pro+, on the other hand, is reportedly listed on the certification site with model number RMX3393. The handset is said to have support for 65W fast charging.

Realme 9i has previously appeared on the US FCC and TUV Rheinland certification websites with the model number RMX3941. According to the list, the smartphone can run on Android 11-based Realme UI 2.0 skin. The Realme 9i will reportedly come with a triple camera setup with a 50-megapixel main sensor. The smartphone is also tipped to launch with a full HD+ display with a 90Hz refresh rate. The Realme 9i is said to have a Snapdragon 680 4G SoC paired with 8 GB of RAM and 128 GB of storage. This is an upgrade from its predecessor, Realme 8i, which launched in September.

Realme 9 Pro+ has recently surfaced on several certification sites including NBTC, Bureau of Indian Standards (BIS), TKDN and Eurasian Economic Commission (EEC). The Realme phone has also been spotted in the Camera FV5 database with model number RMX3393. For optics, Realme 9 Pro+ would have a 50-megapixel primary camera and a 16-megapixel front camera for selfies.