Realme 9i would make its global debut on January 10 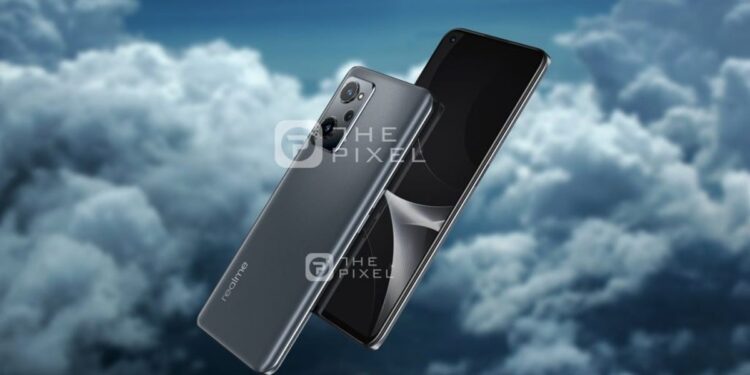 Realme 9i has appeared online in new images. According to a report, the upcoming smartphone will launch in Vietnam on January 10 before arriving in other regions. The smartphone has been tipped to carry a Snapdragon 680 SoC under the hood. The Realme 9i was previously spotted on AliExpress, featuring a 50-megapixel primary camera and a 5,000 mAh battery. The smartphone was also spotted last month in a list by the US Federal Communications Commission (FCC) tipping the dimensions of the upcoming device.

A teaser for the upcoming Realme 9i was shared by ThePixel.vn (in Vietnamese) spotted by tipster Abhishek Yadav. The report states that the upcoming smartphone will have a design similar to that of the Realme GT Neo 2 series, including a triple camera setup and a punch-hole screen for the selfie camera. As mentioned above, the smartphone is set to launch in Vietnam on January 10.

The Realme 9i may not have a headphone jack, according to the smartphone’s recently spotted listing on AliExpress e-commerce website.

The upcoming Realme 9i is likely to be the successor to the company’s Realme 8i smartphone that launched last year with a MediaTek Helio G96 SoC, paired with 4GB of RAM and 128GB of storage. Realme 9i was recently spotted in a US FCC listing that tipped the dimensions of the device.

Details about the smartphone, including specs and launch date suggested by leaks, are yet to be announced, confirmed by Realme.