Redefining what a smartwatch can do 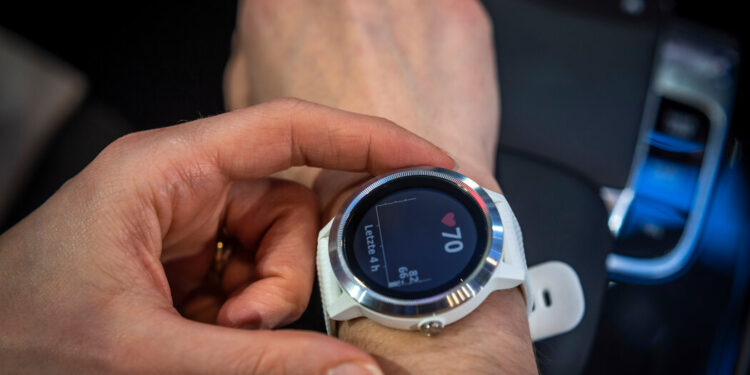 “Nine months ago, I never thought I’d say this, but it will never leave my wrist,” said John Galvin, referring to his 51-millimeter Garmin Quatix 6X Solar.

Mr. Galvin, 38, was a lifelong lover of analog watches, wearing a Casio G-Shock with a traditional dial since childhood. Then his girlfriend surprised him last Christmas with the Garmin timepiece. “I’m not even beyond the tip of the iceberg in terms of what the Quatix can do, but it has made me believe in the world of smartwatches,” said Mr. galvin.

As the captain of a 70-foot Viking sport fishing yacht, Mr. Galvin spends his days on the Atlantic, splitting his time between Nantucket and Cape Cod in the summer and Miami’s South Beach neighborhood in the winter. Mr. Galvin has worked as a private captain for the past 14 years and takes pride in piloting the most technologically advanced vessels possible. “Now I have all my electronics on my wrist with the literal push of a button,” he said.

The smartwatch category has been around for less than a decade, but as sales grew, makers including Apple, Garmin and Suunto have redefined what a smartwatch can do — from driving a boat to changing your car’s lights. .

The three models in Garmin’s Quatix series come preloaded with apps for training and contactless payment. They range in price from $699 to $1,149, and offer several benefits in deeper, more customized connectivity.

“You can steer your boat with your watch,” he added. “No other marine manufacturer can do what we do and connect directly to marine electronics.”

The Autopilot Control app, preloaded on the watch, can be connected to a compatible chartplotter and then used to track a specific GPS route and view real-time data such as speed, depth, engine RPM and water temperature .

Other preloaded options, Mr Dunn said, include what the company calls SailAssist, racing aids such as a countdown timer and virtual start line, and control of an onboard entertainment system.

Expanding the use of smartwatches through connectivity is not limited to marine equipment. Earlier this year, the second generation of the Mercedes-Benz User Experience, an information and entertainment system, was introduced in the carmaker’s new S-Class sedan, and within it a proprietary algorithm called Energizing Coach.

A user is told to download the Mercedes Me Connect app from the Apple or Android app stores on a compatible Garmin smartwatch, including the branded Mercedes-Benz Venu model.

When paired with the S-Class’s system, the smartwatch sends the user’s heart rate, stress level and sleep quality to the car. An algorithm then uses the information to suggest changes, such as the color of the interior graphic display, lighting intensity, temperature and noise level, and to recommend a massage setting for the seats.

“One of the biggest areas of interest for automakers is using the watch as a digital key,” said Kip Dondlinger, Garmin’s leader in automotive design and planning, “allowing a person to unlock or start their car and view other information about their car using using the watch.”

And by the end of this year, Kansas-based Garmin will deliver a branded watch designed to unlock car doors, along with other functions, to Geely, the Chinese car company that owns Volvo, Lotus and Polestar.

Garmin isn’t the only watch brand or technology company investing in digital car keys. Apple has been working on the adoption of digital keys with the Car Connectivity Consortium, a cross-industry organization dedicated to advancing smartphone-to-car solutions. BMW Group was the first to use it, in 2021 models. The digital key now only works on Apple iPhones (with iOS 13.6 and newer) and is available on select BMW models manufactured since March 2020.

Apple is also striving to streamline travel and life at home.

In September, the company announced that Arizona and Georgia would be the first states to allow users to upload their driver’s licenses or state IDs to the Apple Wallet on their iPhones or Apple Watches, with six more states to follow soon. And the Transportation Security Administration (TSA) has said the position will be accepted at security checkpoints at select airports.

Later this fall, Apple said, it will also introduce a digital home key, allowing Apple Watches to be used instead of physical keys and for contactless check-in at Hyatt hotels around the world.

Smartwatches are also used to connect people, rather than just things.

As a long-distance runner, Brian Wortley said he viewed trail running as a solo sport. “I don’t know many other people who want to run 30 miles at a time,” he said.

But “the most important thing in trail running is watching what other people are doing and how they are creative and connect certain trails,” says Mr. Wortley, 32. “That’s where the community comes in.”

After hiking the Pacific Crest Trail in 2012, Mr. Wortley that he developed a passion for endurance sports and the equipment that goes with it. “I’ve researched Suunto and never really looked back,” he said.

Suunto, which started in Finland 85 years ago as a field compass company, now makes sports watches, diving products and compasses.

Mr Wortley bought the Suunto Ambit 1 in 2012, switched to an Ambit 2 and recently bought the Suunto 9 Baro. As a resident of York, Me., Mr. Wortley that he has come to rely on his watch as a lifeline, as most of his runs are in wooded areas. A feature called the breadcrumb trail, introduced by Suunto in 2018, allows him to retrace his steps if he loses service; the storm alarm measures atmospheric pressure and gives a warning if bad weather is approaching.

In other ways, the equation of the lifeline is more elusive. “I’ve run trails, but didn’t really get in touch with someone in endurance sports until we connected digitally,” said Mr. Wortley.

The company’s Suunto 7 timepieces are equipped with heat maps, “which show the brightest heat where most people are exercising,” said Markus Kemetter, product manager at Suunto. “The difference between us and everyone else is that we have it for 20 different sports, from open water swimming to cross-country skiing, worldwide.”

Mr. Kemetter noted that Suunto has about one million users contributing to the heat maps, which first appeared on watches in February 2020.

“If you’re walking fast on super rooty and rocky terrain and running between 10 and 15 hours, there’s not always room for error,” said Mr. Wortley, noting, “all my data is on my watch, and data is very important to me.”