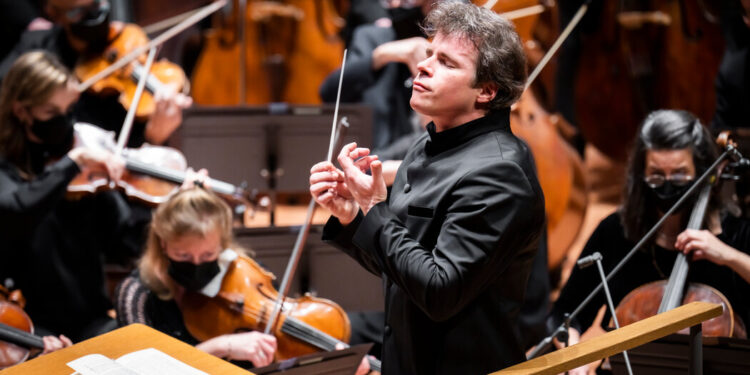 Well, not officially. But ever since the orchestra’s conductor, Jaap van Zweden, announced that he would be stepping down in 2024, there has been speculation about the performance of each guest conductor. When there’s an outsider on stage these days, it’s hard to get through the concert without thinking: Could this be our future?

And for the next six weeks, the Philharmonic’s calendar is filled with nothing but visitors.

It started Thursday with Jakub Hrusa, a conductor with an ear for rarities and the ability to create compelling cases for them. Next up is Santtu-Matias Rouvali, a charismatic and promising young talent; Manfred Honeck, a master of the standard repertoire; Herbert Blomstedt, an elderly statesman who, now in his mid-nineties, is unlikely to become a conductor; and Gustavo Dudamel, who gets a lot of real estate with a Schumann festival in March. (That’s an awful lot of Y chromosomes, although other standouts in recent months have been Dalia Stasevska, Simone Young, and Susanna Mälkki.)

Hrusa last led the Philharmonic in 2019, at the end of another series of guest programs. In addition to bringing out a dynamic sound often absent from Van Sweden’s callous style, Hrusa then had the subtle gift of giving the audience something to enjoy, but not necessarily ask for: let’s say Dvorak , but the underrated Sixth Symphony.

That happened again with this week’s concerts at Alice Tully Hall. (I attended that on Friday.) The evening had the superficial same-oldness of dead European fellows—Central Europeans, to be precise—but was rich in novelty and lively, enough to generate applause in the middle of a symphony. Two of the three works had never been played by the Philharmonic, and the central concerto, featuring pianist Yuja Wang, hadn’t been on a subscription program since the 1980s.

Even among those rarities were names you shouldn’t see here often: Zoltan Kodaly and Bohuslav Martinu.

Kodaly was represented by his Concerto for Orchestra, which premiered in 1941 — preceding the better-known work of the same name by his Hungarian compatriot Bela Bartok. The piece harks back to Bach, in its ‘Brandenburg’-like treatment of the ensemble and contrapuntal writing, but with a folk-like slant.

Under Hrusa’s baton, it had the feel of a celebratory opener, and the Philharmonic players responded accordingly: big sound delivered at breakneck speed, yet clearly articulated (helping Tully, whose acoustics tend to punish grandeur with muddle ). However, the score is not without twists and turns, and Hrusa navigated them by whispering in the twinkling of an eye for lyrical, room-sized passages and making room for intriguing sonorities emanating from, for example, the doubling of cello pizzicato in the bassoon.

Martinu’s Symphony No. 1, from 1942, was relatively quiet – at least at first, as Hrusa took a long, almost theatrical look at the piece, working towards a climax and mixing up the four discrete movements. With a gentle approach, its opening, of upward chromatic scales going around the orchestra, was a garden of strangely beautiful flowers in bloom.

Those scales will come back later, but Hrusa didn’t put too much emphasis on them. Instead, they emerged gracefully amid the work’s fluctuating character: the unsteady and rapidly escalating second movement, with strings given fleeting fragments of a phrase that could just as easily float, the shards of a Dvorak melody; the thick textures of the dark third; and the dancing finale, in which even dolce passages sprint like jumps.

It was heartening to see that almost all the audience had stayed for the Martinu after the intermission, as the evening’s clearer selling point had come earlier: Wang played Liszt’s Piano Concerto No. 1 in E-flat.

Wang has the legendary star power of Liszt as a performer: he is easily able to master a stage and is amusingly ostentatious, yet sensitive and never overly emotional. Her glamor is so established that she came out wearing thick sunglasses – on a doctor’s prescription while recovering from a recent procedure – and the public simply greeted it with cheers as a fashion statement.

She played the opening with muscularity and precision, matched by the orchestra’s forceful reading of the theme of the first movement. But later, in a nocturne-like solo, Wang transformed the scale of the piece superbly into that of an intimate recital. She made the concert sound better than it actually is.

In the spirit of Liszt, she returned with an encore of audience-friendly, breathless athletics: the Toccatina from Kapustin’s Opus 40 Concert Etudes. But then she returned—still virtuoso, yet expressive and absolutely beautiful—for Mendelssohn’s “Songs Without Words” (Op. 67, No. 2). As she played, Hrusa listened from the conductor’s stage, his eyes closed and his head nodding in bliss, a stand-in for all of us out there. 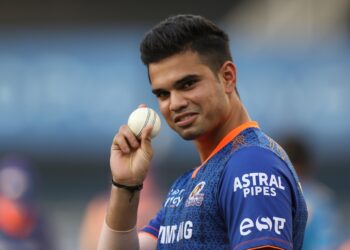