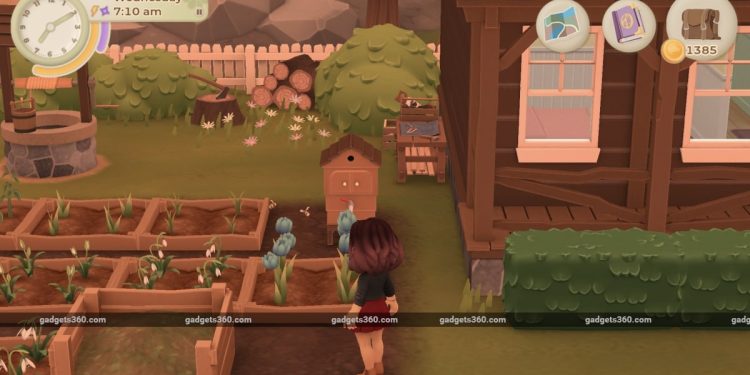 There is something about calm, positive farming and life sims like Stardew Valley and Animal Crossing that has made such games so popular. Perhaps it is the idea that such a serene life could be accessible to everyone, and such games give you a kind of escape from your reality, if only for a short time. While some farming and life simulations are available on iOS and related platforms, Apple Arcade has so far missed a game of this kind.

Wylde Flowers is a new game that is very similar to the popular games of its genre, but with an interesting and magical twist in the plot. The core aspect of the game puts you in control of Tara Wylde, a former town dweller who returns to an idyllic village called Fairhaven to take over the operations of her grandmother’s farm. However, there is much more depth to this game, including local politics, relationships, topics such as diversity, culture and inclusivity, and of course the economics of running a farm.

The game controls are as simple as it gets and can be customized to your preferences. There are only two major controls here; movement via a virtual joystick and a tap to interact with the world. Interactions include talking to people, picking up objects, and tasks such as watering crops, operating machinery, chopping wood, mining metals, and purchasing items from stores. Walking around the island can be a time consuming affair, but it will help you collect items you see and talk to people you meet along the way.

Despite the simplicity of the controls, the actual game mechanics are considerably more complex. You must keep track of the time, day, weather conditions, your inventory of materials and objects, and the funds you have earned and available. There is also an energy bar that is supplemented by sleeping at night (sleeping on time is rewarded), or by eating or drinking. The food you eat is given to you, bought or made with materials in your own kitchen. Later in the game, the ‘magic’ bar also becomes important.

While you can find a lot of what you need just walking around and collecting items, some things will have to be bought, or you’ll have to enlist the help of townspeople to convert items into usable material. Similarly, you can sell handmade items for money, or even give them as gifts for goodwill and friendship to certain people. You do need to keep an eye on the time and day as shops have opening hours and you may occasionally find a shop closed if you end up outside office hours.

You can buy things you need in stores, but you have to watch the timing and your money

What appealed to me most about Wylde Flowers was the approach to the world. The main gameplay element is the storyline in which Tara Wylde must take over and run her elderly grandmother Hazel’s farm, while discovering that she has magical powers like some of the other residents of Fairhaven.

In conversation with several residents, including old friends, fellow farmers and the mayor of Fairhaven, you notice that the residents have deep respect for Hazel Wylde. However, recent events have raised questions suggesting growing xenophobia and intolerance in the community. The more you talk to people – if only for a minute while walking past someone – the more you are likely to discover about the city and its happenings.

You will also have to make choices along the way as you interact with the residents, often choosing between conservative and capitalist values ​​versus doing what you think is right. The residents themselves are a diverse group, covering all races, religions and sexual orientations. The depth and element of discovery add so much more to this game than the basics of farming and earning a living in a small and somewhat independent village.

As someone with magical abilities, you can use spells and potions to your advantage in Wylde Flowers

A key theme of Wylde Flowers is the idea of ​​leaving city life behind for the peace and quiet of village life. However, there are plenty of other things that discreetly point you to healthy habits. Vegan foods and herbal concoctions tend to give you a bigger energy boost than other varieties, and as would be the case on any coastal island, fish makes up a large part of the diet. Eating in the restaurant is possible, but is of course more expensive than cooking at home.

Sleeping on time is rewarded with more energy, living off the land is a profitable business and maintaining good relationships with fellow residents rewards you in unexpected ways. But perhaps what will appeal to players most is how little can go wrong here; the village of Fairhaven is safe, the residents are friendly and helpful, and the worst that could happen is someone, most likely Mayor Otto, will say something to annoy you.

The idea of ​​another farming simulator may seem redundant when there are already a lot of great games in this genre, but Wylde Flowers does enough to make this appealing, aside from its availability and exclusivity on Apple Arcade. There’s a lot of depth and character to this game apart from the very interesting subplot of discovering your own magical skills, in addition to learning how to run the farm.

For this reason, Wylde Flowers is well worth installing on Apple Arcade, and you could invest around 60 hours of gameplay to complete the whole story. It’s also appealing in that you can play it one (in-game) day at a time, which is about 10-15 minutes of real-world playtime, and you won’t get too lost or confused when you pick it up again. I highly recommend this game if you are an Apple Arcade subscriber.

DailyExpertNews played Wylde Flowers on an Apple iPad mini (2019). Wylde Flowers is available with the Apple Arcade subscription on iOS, iPadOS, macOS and tvOS which costs Rs. 99 per month. 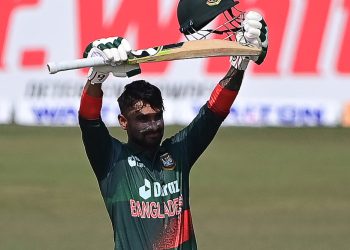 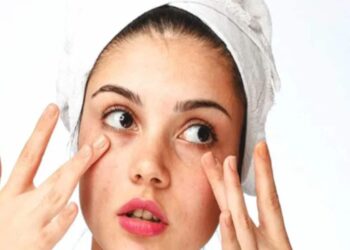 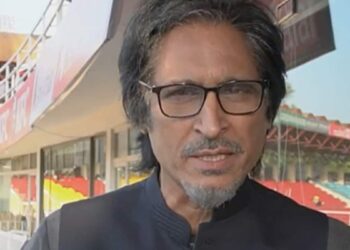