Review ‘The Royal Treatment’: heavy is the head (and shoulders) 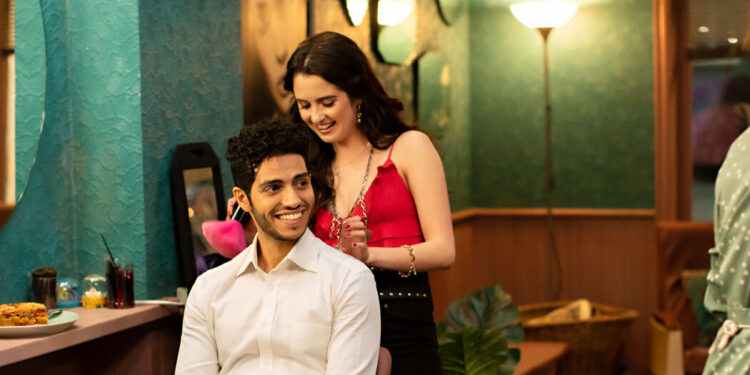 In “The Royal Treatment,” Izzy (Laura Marano), a New York hairdresser with a big disposition, gets a long and happy story that justifies itself by offering two tweaks to the well-known formula. First, screenwriter Holly Hester trades the Fairy Mother for a smartphone—one that mistakenly leads the servant of a dimpled monarch, Prince Thomas (Mena Massoud), to Izzy’s drawing room. Second, this cotton candy film embraces the contemporary trend towards populism by having the girl initially reject the prince because his kingdom, a Euro-spritsed fantasy land called Lavania where folk dancing peasants speak fluent English, has committed human rights abuses.

This is where the prince – not his infatuation with the working class – is to be made. This is due to libel, which includes his ignorance of the number of gardeners on the royal estate (18, for the record) and his inability to question why his parents married him off to the daughter of a Texas real estate mogul. (Let’s just say the reason isn’t good for the poorest Lavanians, who live in a gray tangle called Über die Gleise, or “Over the Tracks.”)

The film comes across as a deliberate, almost defensive, pointless trifle; a cupcake whose frosting reads, “Enjoy the tooth decay.” Not only can the Lavanians disagree on an accent, but the structures that make up the king’s castle can’t agree on an architectural style, settling for a bizarre mix of moldy gargoyles and modernist solariums. Given director Rick Jacobson’s sheer indifference, it feels insignificant to smell the pair having the chemistry of tap water. The lovebirds chat and smile—Massoud with a graham-cracker softness, Marano with a swirling, unfiltered and ultimately exhausting extroversion—as time passes to a climax. There’s no passing out, but at least there’s a fun subplot where Izzy’s salon workers (played by Grace Bentley-Tsibuah and Chelsie Preston Crayford) undergo a royal re-education camp that trains the brassy glamor girls to put down their nail glitter. Sobbing a, “I’m losing my spunk!”