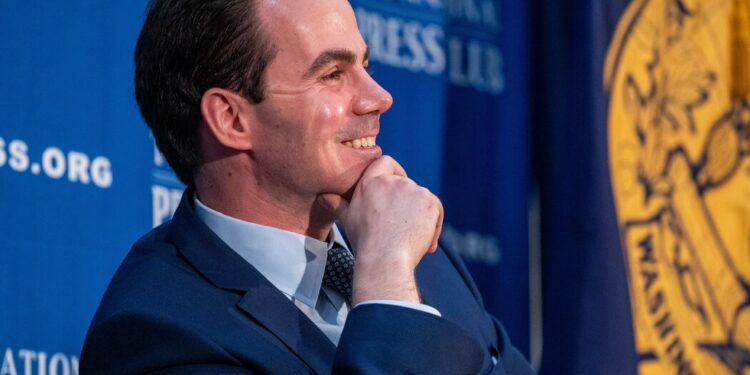 Robert Costa, the high-profile political reporter, is leaving his old home at The Washington Post to become a full-time television journalist at CBS News, where he will serve as the network’s chief election and campaign correspondent.

The move, announced on Thursday, is notable for both Mr. Costa as a much sought-after chronicler of national politics, as well as through his decision to leave one of the more prominent roles in print journalism. Mr Costa, 36, gained attention for his conference coverage in the right-wing magazine National Review before joining The Post in 2014.

He is also the second known correspondent to leave The Post in recent days. David Fahrenthold, a 21-year veteran of the paper and a Pulitzer Prize winner for his investigation into the Trump family’s charitable donations, joined DailyExpertNews this month.

Mr Costa, who co-wrote the book ‘Peril’ with Bob Woodward last year, has a lot of experience in television news. He was the moderator of “Washington Week” on PBS from 2017 to 2020 and was a regular on MSNBC and NBC News programs from 2015 to 2020, where he was a political analyst.

“I’ve spent much of my career working across platforms, and I believe it’s a critical time for me to grow as a storyteller and build muscle as a reporter on the television front,” said Mr. Costa in an interview. “That fascinates me as a new challenge.”

Mr. Costa is a key associate of Neeraj Khemlani, the director who presided over CBS News last spring. mr. Khemlani was an unexpected choice for the role coming to CBS from Hearst, a company best known as a magazine publisher. He was focused on reimagining a storied news division — the former home of Edward R. Murrow — that has struggled to compete with ABC and NBC in recent years.

In the interview, Mr. Costa said he and Mr. Khemlani started talking about a possible role with the network in November. “It started as informal conversations about the future of American democracy and how important the next few years will be,” Costa said. He said the two men “had formed a bond.”

Mr Costa said his agreement with CBS would allow him to continue working on a number of reporting projects with The Post.

“I’m lucky enough to call Sally Buzbee and Fred Ryan friends,” said Mr. Costa, referring to the newspaper’s editor-in-chief and publisher. “These are people I’ve worked closely with and I appreciate their support for this decision.”

There are no plans for Mr. Costa to host his own show. He is expected to appear on news programs on CBS’s broadcast and streaming platforms and play a key role in the network’s coverage of the 2022 midterms and 2024 presidential race.

Growing up in Pennsylvania, Mr. Costa did an early internship with famed TV anchors George Stephanopoulos and Charlie Rose. He made a name for himself on the national scene with a series of firsts about the Republican-led shutdown of the federal government in 2013, earning a profile in New York magazine calling him “the golden boy of government shutdown.”