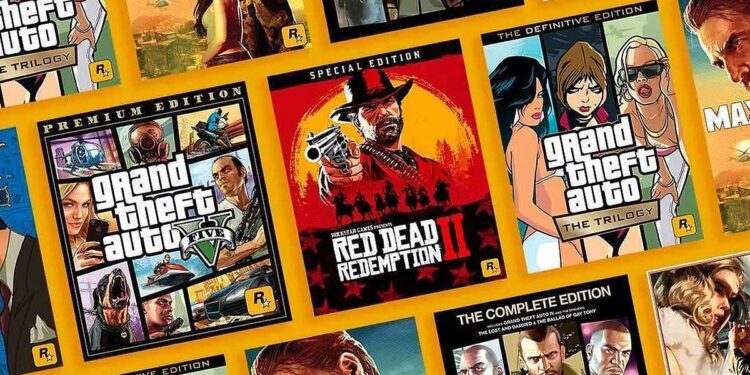 Rockstar Games – the developers of the Grand Theft Auto (GTA) series – has announced special discounts for players as part of the Holiday Sale. The Holiday Sale is now live and ends on January 5, 2022. Those who purchase the GTA Trilogy — The Definitive Edition will be able to choose an additional game from Rockstar’s lineup. Rockstar Games also offers discounts on clothing and collectibles, classic Rockstar PC titles and the recently launched Grand Theft Auto: The Trilogy – The Definitive Edition.

Last week, Rockstar Games announced via a press release that it is offering special discounts to players as part of the Holiday Sale. The sale is already live on Rockstar’s online store and ends January 5, 2022 at 11:59 pm ET (10:29 am IST on January 6). As part of the Holiday Sale, Rockstar Games is offering 40 percent off apparel and collectibles, including t-shirts, caps, iPhone cases, bottle openers and more.

During the Holiday Sale, Rockstar Games is also offering Grand Theft Auto: The Trilogy — The Definitive Edition for a 20 percent discount. In addition, players could also get a free item with their purchase of the trilogy. They have an option to choose from the above mentioned games, get ‘A Great White Shark Cash Card for GTA Online’ or ’55 Gold Bars for Red Dead Online’.

The bonus with GTA: The Trilogy — The Definitive Edition only applies if players purchase the game before January 5 or have already purchased the game. Players will also receive a discount of $10 (approximately Rs. 760) when purchasing the game which can be used with the purchase of any product priced at $15 (approximately Rs. 1,100) or above. The discount is valid until January 17 at 12:00 PM ET (midnight) (10:30 AM IST on January 18).