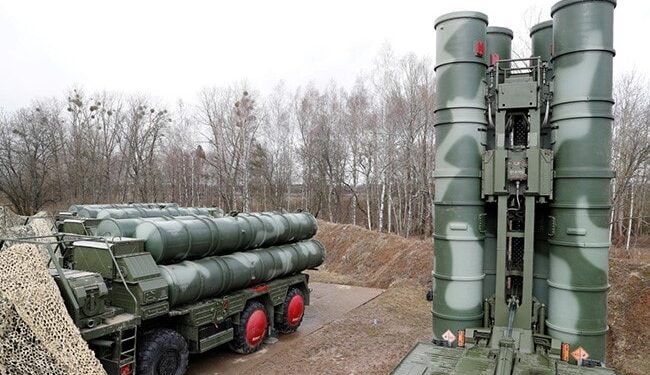 The US remains concerned about India’s purchase of Russia’s S-400 missile system.

Russia selling S-400 missile defense systems to India “shines a spotlight on the destabilizing role” Moscow is playing in the region and possibly beyond, the United States said.

The US remains concerned about India’s purchase of its multi-billion dollar missile defense system from Russia. India has claimed that its decisions are based on its national interest to protect its national security.

“In many ways, this doesn’t change the concerns we have with the S-400 system. I think it highlights the destabilizing role Russia is playing, not just in the region, but potentially beyond,” he said. he. Department spokesman Ned Price told reporters at his daily press conference on Thursday.

“When it comes to CAATSA sanctions, you have heard me say before, we have not made a decision regarding this transaction, but it is something we will continue to discuss with the Government of India given the risk of sanctions for this particular transaction under CAATSA,” he said.

Price responded to a question about the implications of Russia’s S-400 system for India on its bilateral ties with New Delhi, given the unprecedented tension it has with Moscow over what it calls an imminent Ukrainian invasion.

Despite strong US objections and threats of sanctions from the Biden administration, India has refused to change its decision and is continuing to purchase the missile defense system.

“Whether it is India or any other country, we continue to urge all countries to avoid major new deals for Russian weapons systems,” Price said.

The Biden administration has so far made no decision on CAATSA sanctions. “I don’t have a timeline to offer, but these are matters that we continue to discuss with our partners in India,” said Price.