Russia says it wants peace but has ‘gun on the table’: US envoy 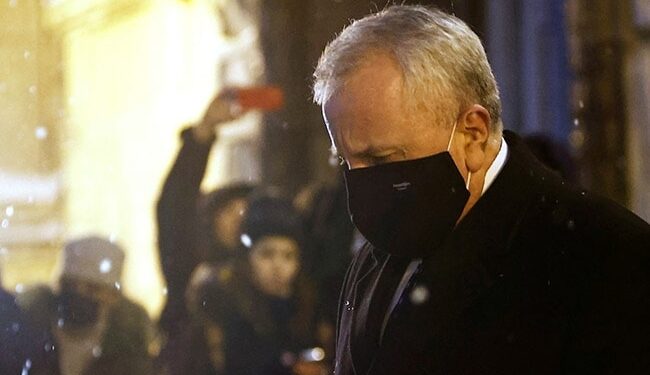 If I put a gun on the table and say I come in peace, it’s threatening, said the envoy (FILE)

Russia says it doesn’t want war but has “put a gun on the table” during negotiations with the United States by pooling troops on Ukraine’s borders, US ambassador to Moscow John Sullivan said Friday.

In an online briefing from Moscow, Sullivan described the build-up of tens of thousands of Russian troops as “extraordinary” and said it could not be interpreted as an ordinary military drill or exercises.

“It’s like when you and I have a discussion or negotiation. If I put a gun on the table and say I come in peace, it’s threatening,” Sullivan told reporters. “And that’s what we’re seeing now.”

Sullivan said Washington is now awaiting Russia’s response to written documents from the United States and NATO outlining a diplomatic way out of the Ukraine crisis, and urged Russia to withdraw troops away from Ukraine’s borders. .

He said those documents included ways to calm the crisis with proposals for greater transparency around military exercises in Europe, as well as over Ukrainian arms sales.

“We discussed the possibility of mutual transparency measures with the Russian government, including regarding offensive weapon systems in Ukraine, as well as measures to increase confidence regarding military exercises and maneuvers in Europe,” Sullivan said.

He said he hoped that phone calls or a physical meeting between US and Russian diplomats would follow, and reiterated that diplomacy was the only way forward.

Sullivan also said economic sanctions against Russia after an invasion of Ukraine would be only part of the West’s response.

Other measures include export controls and better defense of allies in Europe, and the United States would also prevent the Nord Stream 2 natural gas pipeline from Russia to Germany from operating, he said.