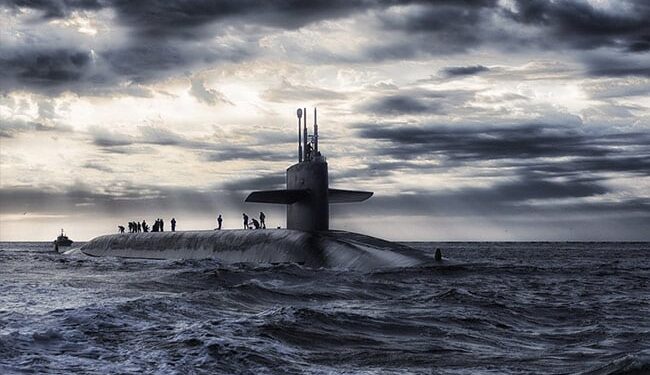 A Russian submarine fighter has chased a US submarine off the Kuril Islands and forced it out of the country’s territorial waters, Moscow said on Saturday amid mounting tensions over Ukraine.

The Russian Defense Ministry said Marshal Shaposhnikov destroyer had discovered a US Navy Virginia-class submarine in Russian territorial waters near the Kuril Islands in the North Pacific during scheduled military exercises.

When the submarine ignored requests to surface, the frigate’s crew used “appropriate means” and the US submarine took off at full speed, the ministry said, without providing further details.

The ministry said it had summoned the US defense attaché in Moscow about the incident.

“In connection with the violation by the US Navy submarine of the state border of the Russian Federation, the defense attaché of the US embassy in Moscow has been subpoenaed to the Russian Ministry of Defense,” the defense ministry said.

However, the US military statement said, “There is no truth to the Russian claims about our operations in their territorial waters.”

Captain Kyle Raines, spokesman for the US Indo-Pacific Command, said he would not comment on the exact locations of US submarines.

But he added: “We fly, sail and operate safely in international waters.”

Located north of the Japanese island of Hokkaido, the Kuril Islands have been controlled by Moscow since they were captured by Soviet forces in the closing days of World War II.

The alleged incident took place near the Kuril island of Urup, which is controlled by Russia.

It comes amid mounting tensions between Russia and the West, with Moscow surrounding Ukraine on three sides with more than 100,000 troops.

Washington has warned that an all-out invasion could begin “any day.”

Russian leader Vladimir Putin on Saturday condemned such claims as a “provocation”.