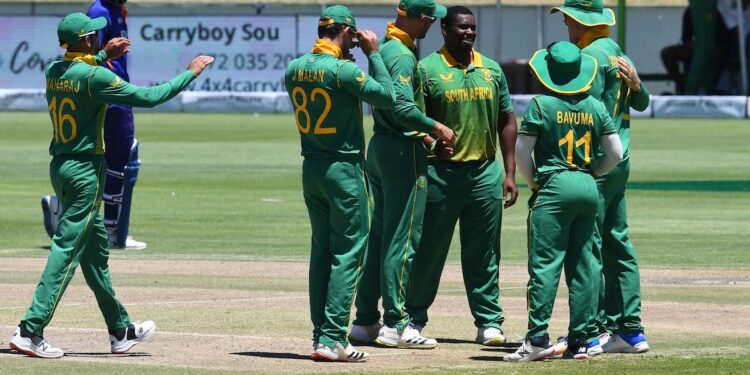 South Africa has been fined 20 percent of their match money for maintaining a slow overcharge against India in the second ODI here, the ICC said on Saturday. Match referee Andy Pycroft imposed the sanction after Temba Bavuma’s squad was found short once after the time allowed had been taken into account. “Pursuant to Article 2.22 of the ICC Code of Conduct for Players and Player Support Personnel, which pertains to minimal overload violations, players will be fined 20 percent of their match money for each time their side does not bowl within the allotted time,” it said. the ICC in a statement.

Bavuma pleaded guilty to the crime and accepted the proposed penalty, so a formal hearing was not necessary.

On the field umpires Marais Erasmus and Adrien Holdstock, third umpire Bongani Jele and fourth umpire Allauhudien Palekar equalized the attack on Friday after the game.

South Africa defeated India by seven wickets in the second ODI to take an unassailable 2-0 lead in the three-match streak.

India made 287 for six after choosing to bat. Rishabh Pant scored the highest score for the visitors with 85 from 71 balls, while skipper KL Rahul scored 55 from 79 balls.

South Africa chased the goal in 48.1 overs. Janneman Malan was the home side’s top scorer with 91 out of 108, while his senior opening partner Quinton de Kock made 78 in 66 balls. PTI AH APA APA