SA vs IND: Virat Kohli was disciplined, with a bit of luck he could have scored big, says Vikram Rathour | Cricket News 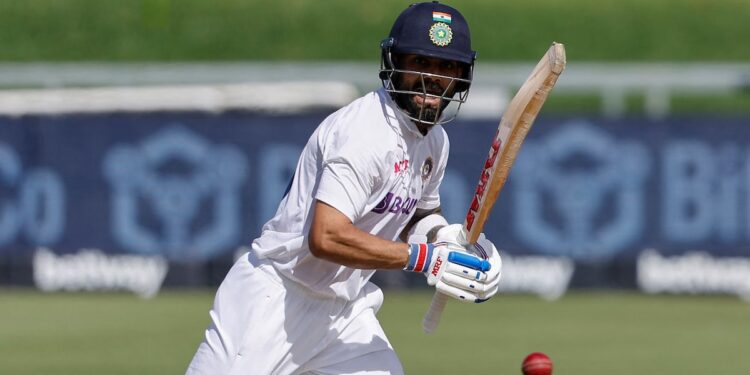 Indian batting coach Vikram Rathour said on Tuesday he was impressed with Test skipper Virat Kohli’s discipline on Day 1 of the ongoing third Test against South Africa. Skipper Kohli scored the highest score with a knock of 79, while India was eliminated for 223 in the first innings of the ongoing third Test here in Newlands, Cape Town. Kagiso Rabada scalped four wickets for the Proteas. “There was never any concern about the way Virat was batting, he was hitting well. As a batting coach I never worried that he wasn’t batting well. He looked very good in the nets and very good in the games. He started off well, a good change today was he was more disciplined today I agree, he looked really good and solid. With a bit of luck this could have been a big one, but I’m happy with the way he played today,” Rathour said during a virtual press conference in response to the ANI question.

Speaking further about Virat, Rathour said: “There are always some adjustments here and there. No major changes, I don’t think when you play international cricket you can make technical adjustments, no technical changes for sure. Pujara has gone to bone in his attitude and that helped him a little bit.”

“South Africa was very disciplined against Virat at first. He didn’t get a lot of balls to drive and pull, this is how he reacted. He looked really good until he got out. I mean it’s not conscious, it was just a loss of concentration in the last game when he went after a wide ball. He played some cover drives today, he got the right balls.”

On day 1 punches, South Africa’s score was 17/1, while the hosts were still 206 runs behind. Aiden Markram (8*) and Keshav Maharaj (6*) are currently undefeated at the highest level for the hosts. Jasprit Bumrah took the wicket from Dean Elgar before the end of the game.

Speaking of India’s batting performance, Rathour said: “These are challenging conditions. Virat played a phenomenal inning, Pujara looked good, but then they pitched a good period, conditions were cloudy, it was challenging to hit. But There were some soft layoffs in the latter part of the innings.”

When asked about the form of Ajinkya Rahane, Rathour said: “No specific numbers are discussed, he is trying his best and he looks really good in the nets. He has also played some useful strokes in this series. He one needs to turn his start into a big one and that’s what he’s trying to do. We hope as management he’ll be fine.”

“I can assure you that this management would like to give an extra chance than one less, so we will always think in that direction,” he added.