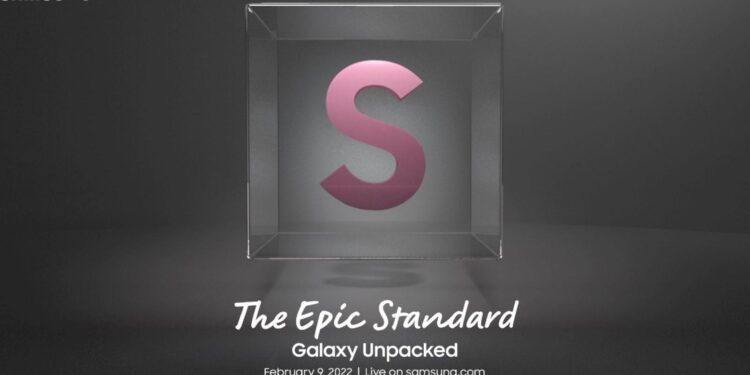 Samsung’s Galaxy S22 series has been confirmed to be released on February 9. The company has sent out invites to the Galaxy Unpacked event that will take place on February 9, 2022. The Samsung invite comes with a large “S” inside a glass cube that rotates to reveal “22”. “The Epic Standard,” reads the invite, teasing the launch event of the upcoming Galaxy S22 series. A clip on Twitter also hints at S-Pen support, as we can hear the scribble sound effect in the teaser. The invite says the event will be streamed live on Samsung.com and we expect to see the new Samsung Galaxy S22, Galaxy S22+ and Galaxy S22 Ultra at the upcoming Galaxy Unpacked event.

The Samsung Galaxy S22, on the other hand, is expected to come with a 6.1-inch display, with the Galaxy S22+ being a larger version of the vanilla Galaxy S22. Samsung had started taking pre-orders for the “next Galaxy smartphone”, the Galaxy S22 series, last week.

The latest blog post from a Samsung executive said the company is bringing a professional camera that could take mobile photography out of the dark, among other innovations that Samsung has enabled in the past. He also talks about night photography, which is reported to be a taste of the Samsung Galaxy S22’s low-light photography and video.