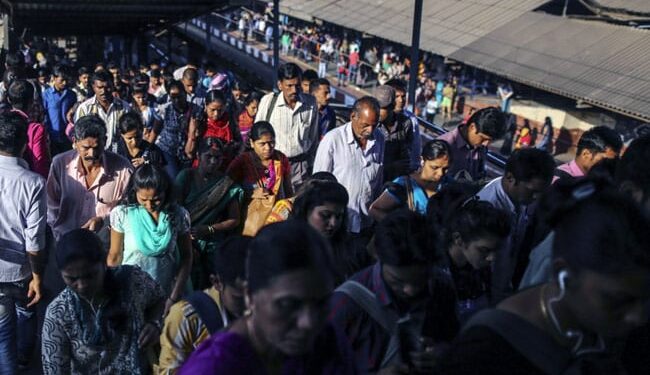 India’s dominant services sector grew at its slowest pace in six months in January as restrictions from a new wave of Covid-19 cases and rising prices weighed on demand, a private survey found.

The IHS Markit Services Purchasing Managers’ Index fell to 51.5 in January from 55.5 in December, well below the 53.0 expected in a Reuters survey of economists, but still above the 50 mark separating growth and contraction .

“The escalation of the pandemic and the reintroduction of curfews adversely affected growth in the services sector,” said Pollyanna De Lima, associate director of economics at IHS Markit.

“Both new business and production rose at light rates that were the weakest in six months.”

The new business sub-index was at its weakest since August, as consumers stayed at home amid mounting coronavirus cases, slowing domestic demand.

International demand remained bleak and contracted for a twenty-third month, as it had since the start of the pandemic. However, the contraction was moderate and the slowest in this series.

While the business expectation index remained above 50, it fell to its lowest point since August, pointing to easing positive sentiment.

“Concerns about how long the current wave of Covid-19 will last has dampened business confidence and caused job losses. Companies were also alarmed about price pressures,” added De Lima.

Companies cut workforces for a second month in January due to weaker demand.

Inflation was one of the highest since data collection began in December 2005 and is likely to bolster views that the Reserve Bank of India will raise interest rates next quarter to ease price pressures.

The slowdown in both manufacturing and services activity pushed the composite index to a six-month low of 53.0 last month, from 56.4 in December.