South Africa to roll out Covid Booster Shots next month 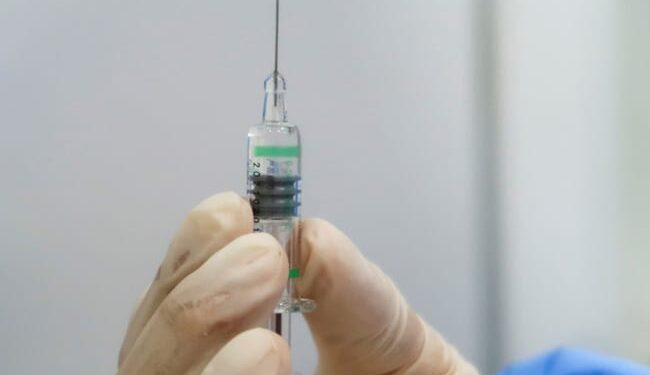 South Africa aims to vaccinate about 70 percent of the population by March 2022. (File)

South Africa will begin giving Pfizer booster injections against the coronavirus next month, a health official said Friday, a day after the country reported a near-record number of daily cases of the disease.

“The first people to be eligible for the booster dose in South Africa are people over the age of 60,” Dr. Nicolas Crisp, Director General of the Ministry of Health, at a weekly press conference.

The daily number of new Covid infections rose to 22,391 on Thursday, when nearly 30 percent of the tests were positive.

The highest daily count to date was in early July, when the country had more than 26,000 new infections.

South Africa is the hardest-hit country on the continent for coronavirus, with a total of 3.09 million cases, of which more than 90,000 have been fatal.

A small study this week by the African Health Research Institute, not yet peer-reviewed, suggested that Omicron may be able to evade some of the antibody immunity of the Pfizer-BioNTech vaccine.

But, the authors said, there was no reason to believe that vaccination would not protect against serious illness caused by the variant.

Just over a quarter of the South African population is fully vaccinated, compared to 43 percent of adults.

Despite low vaccination rates attributed to widespread hesitation, South Africa aims to vaccinate about 70 percent of the population by March 2022.

Last month, it delayed the delivery of more ordered doses because “we’re getting vaccines in faster than we’re using,” Crisp said.

The economic center of the Gauteng province – with Johannesburg and the capital Pretoria – is the hotspot.

So far, however, hospitalized patients are showing mild symptoms, he said.

An analysis of wastewater by the South African Medical Research Council (SAMRC) also found that Omicron is now the dominant variant in parts of the country, including the tourist city of Cape Town.

“We found the Omicron variant in 11 of 12 (92 percent) wastewater samples collected on Nov. 30 at Cape Town’s sewage treatment plants,” Rabia Johnson, deputy director of the government’s research division, said in a statement. Friday.