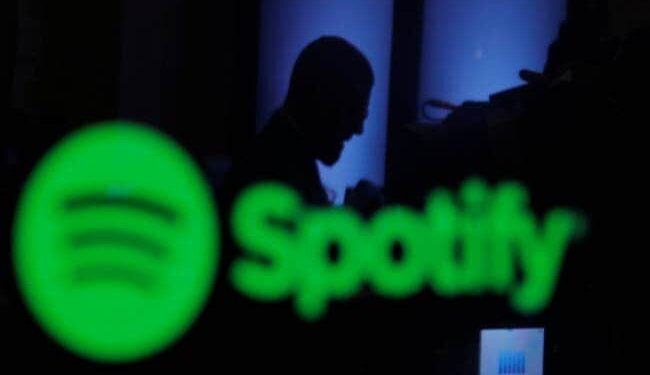 The “new effort to fight misinformation” will be rolled out in the coming days, Spotify’s CEO said,

Music streaming giant Spotify announced on Sunday that it would start guiding listeners of podcasts about Covid-19 to learn more about the pandemic, following an altercation that saw recording artist Neil Young remove his music from the platform.

The move comes after artists, led by Neil Young, earlier this week demanded the streaming service take down their music or drop podcaster Joe Rogan after a call from medical professionals to prevent Rogan from telling “various falsehoods about Covid-19 vaccines.” promote.

The Duke and Duchess of Sussex have also expressed concern about misinformation on the Spotify platform, but reiterated their commitment to continue using it to publish their content.

“We are working to add a content advisory to every podcast episode that includes a discussion about Covid-19,” Spotify CEO Daniel Ek said in a statement.

“This advice will direct listeners to our dedicated Covid-19 Hub, a resource that provides easy access to data-driven facts, up-to-date information as shared by scientists, physicians, academics and public health authorities around the world, as well as links to trustworthy sources,” said Ek.

The “new effort to fight misinformation” was set to roll out in the coming days, he added.

Rogan, 54, has discouraged vaccination in young people and promoted the off-label use of the antiparasitic drug ivermectin to treat the virus.

The podcaster, who has a multi-year exclusive deal of $100 million (90 million euros) with Spotify, stayed on and Spotify complied with Young’s demand and began removing its catalog of songs.

The Duke and Duchess of Sussex expressed concern about misinformation on the platform, but said they were “determined” to continue their lucrative content deal despite “concerns”.

“We have continued to voice our concerns to Spotify to ensure changes are made to its platform to address this public health crisis,” a spokesperson for Archewell, the Duke and Duchess’ organization, said in a statement.

“We look to Spotify to meet this moment and are determined to continue our work together as it does now.”

Spotify expressed “regret” at Young’s move, but cited the need to balance “both security for listeners and freedom for creators”.

But Young, 76, has also garnered much praise for taking a stance, including from the head of the World Health Organization.

The musician also urged fellow performers to follow suit, and calls for boycotts and canceled subscriptions have flourished on social media.

“Based on the feedback over the past few weeks, it has become clear to me that we have a duty to do more to provide balance and access to widely accepted information from the medical and scientific communities who are guiding us through this unprecedented time,” said ek. .

In addition, Ek said the company would publish its “Platform Rules,” which contain guidelines for creators about what Spotify calls “dangerous” and “misleading” content.

In recent years, online media titans, including Facebook and YouTube, have come under fire for allowing conspiracy theorists to spread their opinions.

But despite its explosive growth, podcasting has largely remained under the radar.