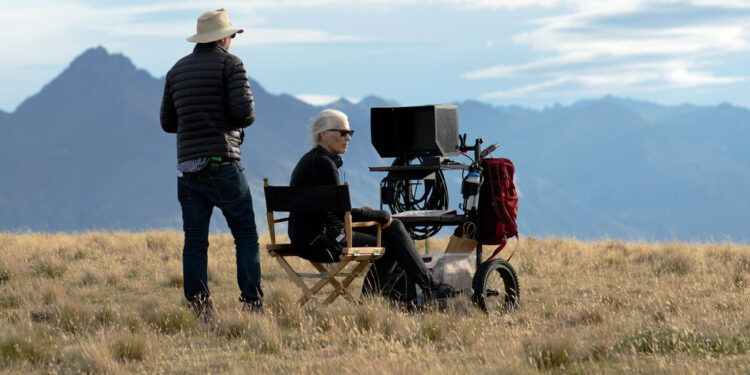 For the first time in a long time, Dr. Stacy L. Smith feels optimistic. The director of the Annenberg Inclusion Initiative at the University of Southern California has been studying the gender and race distribution of Hollywood’s most profitable directors since 2007 and finally has some good news to report. For the first time since her job began, Smith has seen continued progress with women and people of color working behind the camera.

Over the 15 years of the study, which analyzed 1,542 executives, only 5.4 percent were female. In 2020 that percentage rose to 15 percent and in 2021 it was 12.7 percent. Despite that recent drop, and despite the proportion not coming close to the U.S. population, which is 51 percent female, Smith is encouraged that the numbers have remained in the double digits for an extended period of time.

“I think the people who run these big companies, which are largely responsible for about 90 percent of the market share, are finally starting to diversify,” Smith said in a telephone interview. “And we’re not just seeing this with gender, we’re also seeing big gains with race/ethnicity in the second year of the pandemic. Despite the uncertainty surrounding the box office, there appears to be a concerted effort to correct the prejudices of the past.”

The news comes the day after Jane Campion, director of “The Power of the Dog,” made history, becoming the first woman to be nominated twice in the Academy Awards’ best director category. (She was previously nominated in 1994 for “The Piano.”)

When it comes to underrepresented racial and ethnic groups, including black and Latino filmmakers, the percentage of directors peaked in 15 years at 27.3 percent. The group with the fewest traction-direction traits are women of color, who still make up only 2 percent of the total.

To address this inequality directly, the Annenberg Inclusion Initiative is launching a $25,000 scholarship program for a woman of color during her senior year at a US film school. In addition to the financial backing, the winning student will be advised by a group of Hollywood executives and talent, including Donna Langley, the president of the Universal Filmed Entertainment Group, Kevin Feige, the president of Marvel Studios, and Jennifer Salke, the head of, among others Amazon Studios.

“These are data-driven companies,” Smith says. “Streaming gives them access to data and decision making with viewers in mind in a way that the box office was more elusive.”