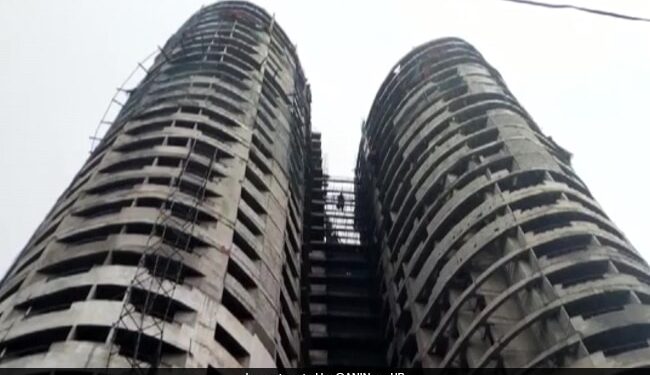 The Supreme Court on Monday approved the demolition agency’s proposal finalized by the Noida Authority to raze the twin towers of Supertech’s Emerald Court housing project.

The highest court ordered Supertech to sign a contract with demolition agency “Edifice” within a week after the developer said it had agreed with the agency completed by Noida Authority.

“We are currently in the process of getting NOCs for scrapping,” Supertech’s attorney told the Supreme Court. The Court of Justice DY Chandrachud and Justice Surya Kant heard the case.

On January 12, the highest court had asked the Noida Authority to finalize the name of the agency that would be tasked with demolishing the Twin Towers of the Supertech Emerald Court housing project.

Supertech has also informed the highest court that it will initiate repayment proceedings for homebuyers whose flats will be demolished.

The Supreme Court had warned Supertech executives on Jan. 12 to return the money to homebuyers before Jan. 17, or they would face jail.

The brokerage firm told the court that it has asked home buyers for their account details and will begin transferring the funds from Tuesday (Jan. 18) morning.

The next hearing on the case was held on January 21.

On August 31 last year, the Supreme Court ordered Supertech to demolish the 40-story Twin Towers within three months and issued instructions to prosecute Noida officials involved in approving maps and building plans that violated the standards.