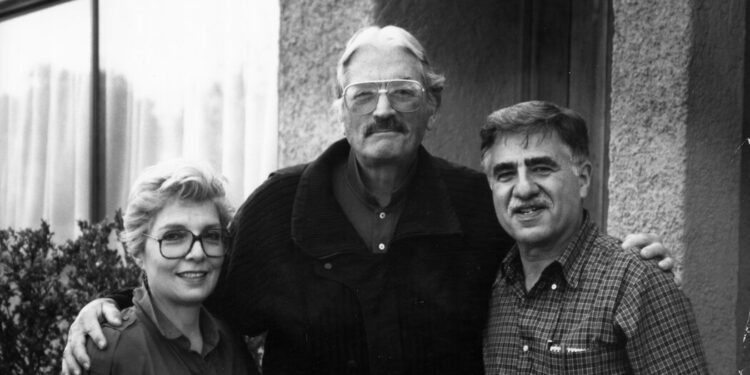 Suzette Winter Feldman, who wrote and produced a series of more than 30 documentaries describing the lives of Hollywood’s biggest stars and often portraying them in the golden light of Hollywood’s heyday, died at her home in Sleepy Hollow on December 1. NY. She was 90 .

Her daughter Zara Janson said the cause was aspiration pneumonia.

Using her birth name professionally, Mrs. Winter worked with her husband, Gene Feldman, to create pink film portraits of Grace Kelly, Gregory Peck, Shirley Temple, and many others under the banner of the “Hollywood Collection.”

As a team—she as co-writer and co-producer while he also directed—earned them an Emmy nomination in 1994 for “Audrey Hepburn Remembered” (1993). “She is projected as a three-dimensional personality – a person in fact – under the face of the cover girl,” wrote The Boston Globe of the film starring Ms. Hepburn.

The documentaries used archive material, interviews with co-stars and, if possible, conversations with the test subjects themselves. Hollywood actors and actresses often told them – Jessica Lange, for example, in “Vivien Leigh: Scarlett and Beyond” (1990).

Films from the Hollywood Collection have aired on PBS and major cable networks, including Lifetime, TNT and HBO’s Cinemax.

The couple made no bones about the praise nature of their work. “Our main interest is not to make a biography, but to look at that person’s achievement and provide insight into that person’s magic,” Mr. Feldman told The Journal-News of White Plains in 1987. , NY. The couple befriended some of their subjects, including Liza Minnelli and Gregory Peck.

Their documentary treatment even extended to dog stars. “The Story of Lassie” (1994) explored the legacy of television and film’s favorite — and most profitable — collie.

DailyExpertNews critic John J. O’Connor called the Lassie film “a precious tribute to the film and television character who, arguably, most consistently projected the misty sanctified virtues of purity and innocence, the triumph of good and courage.” rewarded.”

Suzette St. John Winter was born on January 19, 1931 in London to Ralph and Marguerite (St. John) Winter. Her father was an electrician, her mother a postman.

As a child during the London Blitz in World War II, she and her three siblings were evacuated under Operation Pied Piper, which took millions of children from the city to the English countryside. She went to live with a great-aunt on a farm in Surrey and was separated from her parents for the better part of six years.

After returning to London she went to art school for a year, worked in Paris as an au pair and did all kinds of odd jobs after her return to London.

In 1952 she married Leo Grijp, an architecture student she had met in London. They had two daughters, Zara and Stephanie. Together with Mr. Grijp she moved to Australia and then to Hong Kong. They divorced in 1966.

When she returned to Australia with her daughters after the divorce, Mrs. Winter met Mr. Feldman there; he made educational documentaries and filmed one about the Maori people in New Zealand at the time. They married in 1967 and moved to the United States.

In 1977 they released ‘Danny’, a feature film about a girl and her horse. Mrs. Winter wrote the script and later a novel of the film. They started the Hollywood series in 1982 with “Hollywood’s Children”, a history of child actors, and ended it in 1999.

The couple lived in Croton-on-Hudson, NY, and later moved to Manhattan. After the death of Mr. Feldman in 2006, Mrs. Winter to a retirement home in Sleepy Hollow.

She attended Mercy College, in Dobbs Ferry, NY, graduating in 1973 with a bachelor’s degree in English Literature. In 1976, she received a master’s degree from Manhattanville College, in Westchester County, where she studied humanities.

Besides Mrs. Janson, she leaves behind her other daughter, Stephanie Edelstein; a stepdaughter, Lynne Feldman; six grandchildren; and 10 great-grandchildren.