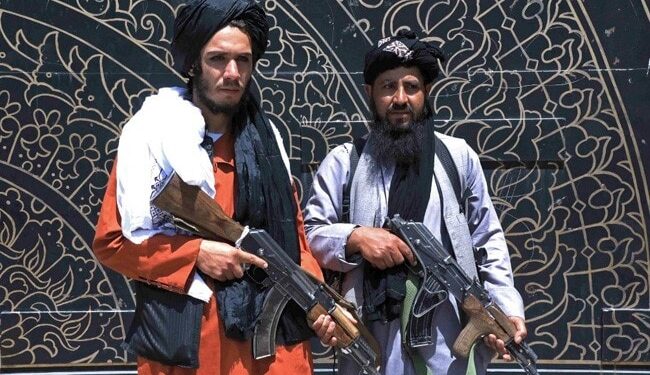 Dozens of people were held back from “illegally” Afghanistan by plane on Monday, according to a top Taliban official, and several women are being held until they are collected by male relatives.

Tens of thousands of Afghans fled on evacuation flights from Kabul in August as the Taliban returned to power amid the hasty withdrawal of US-led troops.

Some countries and international NGOs have since operated irregular charter flights to extract Afghans, but the Taliban authorities have increasingly curtailed.

Taliban spokesman Zabihullah Mujahid tweeted late Monday that a group had attempted to leave on a flight from the northern city of Mazar-i-Sharif.

“Forty people were arrested… who wanted to fly abroad illegally,” he said.

He said most were released, but some women “remain detained because their male relatives have not yet come to accompany them”.

It was not immediately clear who had organized the flight.

Tens of thousands of Afghans are still desperate to leave the country — fearing retaliation from the Taliban for their ties to foreign troops or the former US-backed regime.

The Taliban insist that anyone can leave as long as they have the right documents — including visas for wherever they go — but getting the paperwork done in a country where only a handful of embassies operate is extremely difficult.

The hardline Islamic government has also called on Afghans with skills and training to stay and help rebuild the country.

Despite promising a softer version of rule compared to their first stint in power from 1996 to 2001, the Taliban have imposed several restrictions on women.

They are not allowed to travel long distances unless accompanied by a close male relative, nor are they allowed to work in most government sectors.

In recent weeks, female activists have staged small and sporadic protests in Kabul and other cities, but the demonstrations are usually dispersed by force.