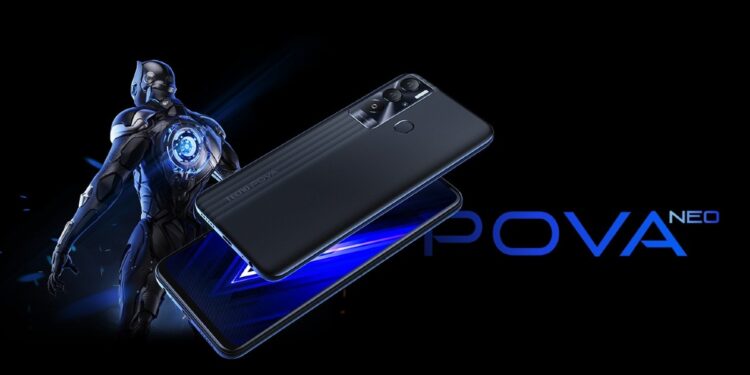 Tecno Pova Neo has been teased to launch in India. The smartphone will be launched in the country soon, but the Transsion brand has not announced the official launch date yet. Tecno Pova Neo was launched in Nigeria last month and the biggest highlight is the 6,000mAh battery that supports 18W fast charging. However, the specifications of the Indian variant have not yet been confirmed. Tecno Pova Neo is powered by an unknown MediaTek chipset, paired with 4 GB of RAM.

Tecno announced in a tweet that it will soon be launching its Tecno Pova Neo smartphone in India. However, the company did not mention a launch route. The tweet also has a short video, but it doesn’t provide any information about the launch, price or specs of the upcoming smartphone.

According to a report from Passionate Geekz, Tecno Pova Neo could be launched in India in a single storage model of 6GB+128GB that can be priced at Rs. 11,499. This is different from the Nigerian version as it was launched in a 4GB + 64GB storage variant. The report mentions that Tecno will offer three color options: Geek Blue, Obsidian and Powehi.

The other specifications mentioned in the report correspond to the Nigerian variant. If so, Tecno Pova Neo will have a 6.8-inch HD+ (720×1,640 pixels) display with a 120Hz refresh rate, a screen-to-body ratio of 84.8 percent, and a pixel density of 262ppi. Under the hood, it will feature an unknown MediaTek SoC and run Android 11 with a HiOS 7.6 skin on it.

For optics, Tecno Pova Neo will feature a dual rear camera, headlined by a 13-megapixel primary sensor with quad flash. On the front is an 8-megapixel selfie sensor with dual flash. Connectivity options include Bluetooth, Wi-Fi, GPS, GPRS, FM radio, and OTG. Onboard sensors include g-sensor, ambient light sensor and proximity sensor.