The ‘addicted’ gamers of the world of India: is it really a mental disorder? 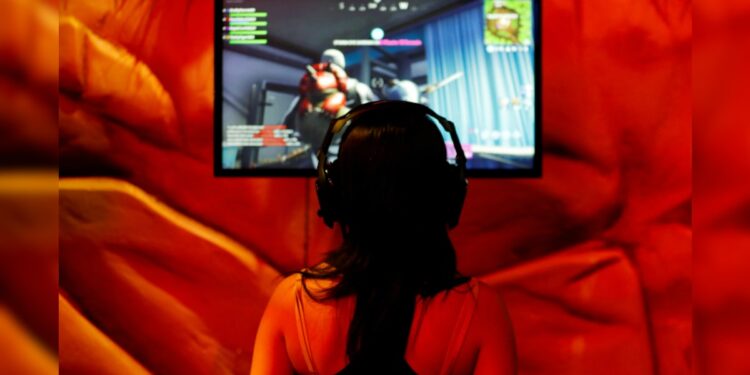 Outside, a herd of young boys are always crouching at the entrance, excitedly waiting their turn. Inside, about 5 or 6 young boys sit transfixed on the screen, playing, trembling and stomping in the air as they furiously press the buttons on their controllers.

“The only time I don’t play a video game here is when I’m at school or when there’s a power outage. I like to play action games that take a lot of time and I don’t leave a mission halfway through,” said Vishal.

Vishal, an 18-year-old college student, spends about seven to eight hours each day in the playroom, much to the concern of his father, who owns an electrical store and is concerned about the boy’s future.

Hundreds of miles away, in a lavish neighborhood of Delhi, six young men stare at their laptop screens at Dota. Every now and then one of them stretches his back or breaks in profanity as a torrent of cigarette butts and half-eaten packs of fast food threatens to overflow.

For these young men, a session lasts an average of seven to eight hours. “We take our computers and connect them to a common network to play games. Sometimes we don’t see daylight for two days. It’s all coffee and cigarettes in such times,” revealed one of the gamers.

Gaming is so important to him that he has even lost friends who had a problem with his playing hours. He has also had heated moments about broken game controllers with his parents. “But I have a strong community of online gamers that I identify as my friends, and I love that,” he said.

On June 18, the World Health Organization (WHO) classified compulsive gaming as a mental disorder. According to the WHO, gambling disorder is characterized by decreased control over gaming and an increasing priority of gaming over other activities, to the extent that it takes precedence over other interests and daily activities. The WHO also stated in the latest update of the International Classification of Diseases that gaming can be just as addictive as substances such as cocaine and gambling.

“Gaming can be seen on the same spectrum as other substance use disorders. The presence of obsessive thoughts about drinking or playing games and a compulsive need to act upon them is what identifies substance addiction,” said Dr. Rizwana Nulwala, a practicing psychotherapist and faculty at St. Xavier’s Institute of Counseling Psychology. College Mumbai.

“It is not the substance consumed, such as alcohol or cocaine that is considered important. It is the behavior of not being able to stop once you have started a habit. In this sense, gaming tendencies that cost a person his/her productivity are interpersonal relationships and disrupting physical conditions is what makes it an addiction akin to substance abuse,” she added.

Gaming has long had an addictive quality with most games having multiplayer and other simulative interfaces. But a gaming addiction is not as simple a phenomenon as it seems.

There’s a lot that goes into making video games addictive. Designers work hard and use predictive algorithms to snag players and a lot of behavioral psychology involves changing the spectrum of video games so “you can’t put it down”. 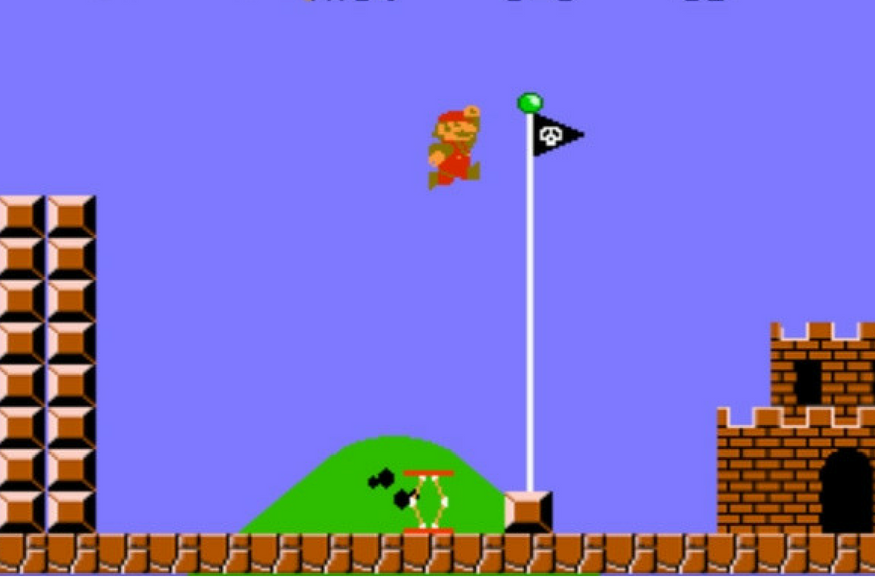 dr. Harshal Awasthi, of the Sarvam Neuropsychiatric Center, said: “The basic principle behind most forms of addiction is the same: the need to be constantly ‘high’ or to pursue one. Gaming is a form of ‘instant gratification’ in which a person can have exhilarating experiences without actually moving an inch. Likewise, with substance abuse, the high they produce gives the person an easy way to feel happy or worthwhile and they gradually disconnect from the real world.”

Yash Ravee, a 12th grade student of Sardar Patel Vidyala in New Delhi, who was a loyal audience for his brother’s FIFA gaming sessions until he started his own.

“Once I was introduced to the online gaming scene, the hours I spent playing increased dramatically. Playing online provided a platform to play with some of the best players in the world. Along with FIFA, I played Gears of War and started playing 6-7 hours daily. I would completely shut out everything else in the world and play without breaks. I think I was a pro,” said Yash, who packed his PlayStation console into his senior year of school after realizing how “powerful a distraction” it was.

Yash said he kept himself from becoming an addict by replacing it with football and studies. “It wasn’t easy, but I had to do it for myself,” he said. Yash said he knows games are highly addictive and crossing boundaries can be dangerous.

Approaching a psychiatrist or specialist for playing too many video games is not a traditionally applied response, possibly due to a lack of awareness about the condition.

But a shift in mobile technology and the advent of games such as Candy Crush, Mini Militia and Pub G that offer network-based online multiplayer on users’ phones have led to wider acceptance and recognition of game addiction as a serious condition in recent years.

The Sarvam Neuropsychiatric Center reported a case of a young male engineering student who played games with fellow sufferers on the weekend. Over time, he bought one gaming device for his own room, started playing online and soon it became his whole world.

“Within a period of 1 year, the student was gaming 20 hours a day, had stopped studying, was in a deplorable personal health and nutritional status, lost the drive for all things in life, spent excessively on gaming accessories and went to reportedly regularly fell asleep with the game remote in hand and started waking up,” said Dr. Awasthy of the Neuropsychiatric Center.

The engineering student’s parents suspected a mental disorder and were alarmed and took him for rehabilitation.

In this regard, the WHO designation is an important step toward legitimizing concerns about gamers neglecting other areas of their lives. It could also make addicts more willing to seek treatment, encourage more therapists to delve deeper into the subject, and increase the viability for insurance companies to cover gambling disorders.

Although there is no standard treatment for addicts, doctors say that cognitive behavioral therapy is effective.

Dr ML Kalra, general practitioner at Max Healthcare Hospital in Panchseel Park, said: “There have been several instances where parents have sought advice about their children’s obsessive play patterns because they don’t understand it at all. Aside from the psychological damage, there is also physical wear and tear. Children who are addicted to gaming become prone to various muscle and joint disorders and Repetitive Strain Injury (RSI), which is extremely harmful in the long run.”

The game industry around the world has vehemently opposed the WHO classification, calling it “deeply flawed” while pointing out the “educational, therapeutic and recreational value of games.” 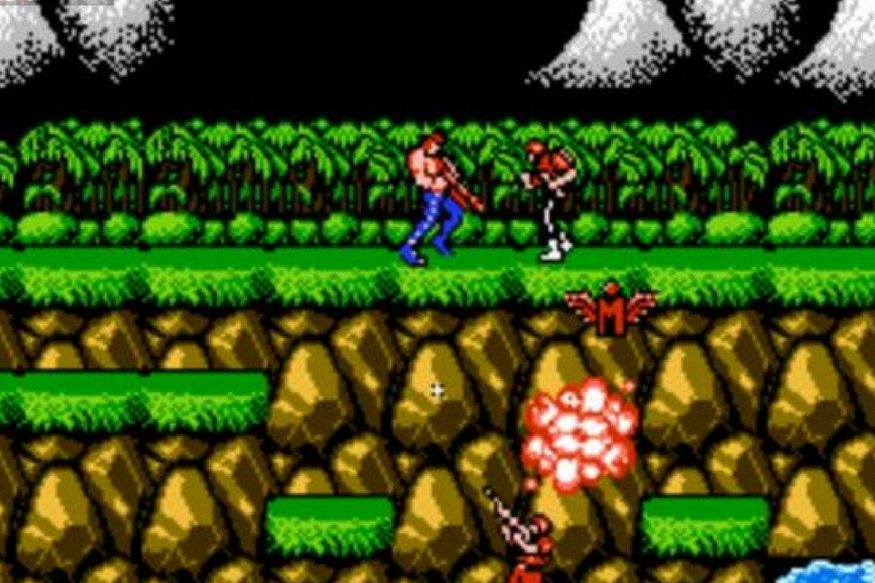 Mrinal Dutt, a 23-year-old professional gamer at Bluestacks India, believes that even today the gaming industry is a niche within a niche: a micro-niche.

Back at school, Mrinal’s playing hours were limited to just one hour, but he was allowed six hours of TV every day. “When I watch TV, I just watch things. When I play games, different genres can do different things to me. I’m constantly using my brain to solve problems at lightning speed, and even then there might be someone who solves it faster than me, to win,” he said.

While some mental health professionals maintain that gambling addiction is not a standalone medical condition but a symptom or side effect of more well-known conditions such as depression or anxiety, people like Mrinal who have been gaming for years strongly disagree.

“Video games are evolving into full-fledged forms of media aimed at giving you an experience that allows you to be the hero,” he said. The 23-year-old said that being the “hero” helps you handle things better. 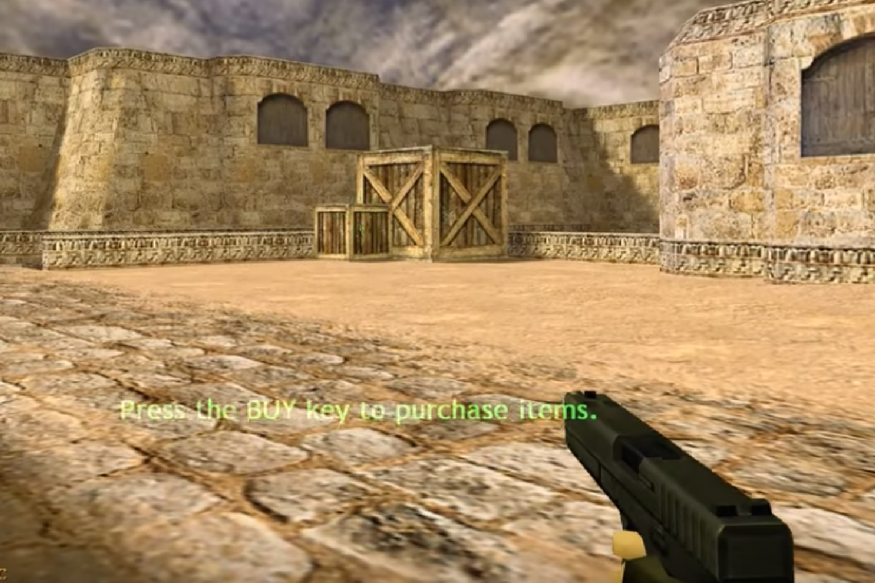 Many in the gaming community consider the WHO’s tentative move to pathologize digital gaming as premature.

The diagnosis borders on mere tautology, as treating disproportionate gaming habits as an addiction carries the risk of patholologizing normal behavior and codifying dangerous stigma against gamers.

This becomes even more problematic when you look at it from the lens of gaming as a profession.

“I believe that gaming is such a social stigma that it’s kind of narrow-minded right now. You tell people about esports and they just say, ‘Why would you want to see other people play video games? Don’t you just play it yourself? “Oh, but you say the same thing about a cricket match and god have mercy on your soul,” Mrinal said.

Although the gaming scene in India is quite in its infancy, it is rapidly expanding and gaining momentum. India’s online gaming market stands at $360 million and is expected to grow to $1 billion by 2021, according to a 2017 Google-KPMG report titled “Online Gaming in India: 2021.”

In Asia and around the world, professional gamers are treated like celebrities and gaming competitions are fairly mainstream.

In this regard, India has had a late start with a few small scale gaming tournaments appearing in the scene. MTV hosted a big tournament called “UCYPHER” two months ago, with a sizable prize pool for games like dota. ESL India is another game tournament with extensive formats of seasons and competitions in which teams of different calibers can participate.

At the age of 20, Durgesh Konde had decided to pursue a career in gaming and started to devote ten hours a day to it.

“I started making easy money by winning a lot of local tournaments and getting better at video games became my whole life. Like any other Indian parent, my parents were against my decision to pursue a career in gaming, but that didn’t stop me,” said Konde, claiming his decision was inspired by the international gaming scene.

Today, Konde works with Ubisoft as a game tester.

“I work 8 hours and practice Dota for another 6 hours. But this 14 hours of screen time makes me better at my job. People really need to understand that gaming is a serious profession,” Konde said.

However, he agreed that a career in something like E-sports is still a taboo in Indian society.

Konde believes the biggest problem with the WHO’s classification is that it questions professional gamers by failing to “distinguish dedication from addiction.”

“Even when I was playing more than 10 hours a day, I was doing a lot of other things like reading, swimming and even organizing gigs. I’m in love with my job, do my best and good, it pays my bills,” Konde said.