The Canonization of Saint John Coltrane 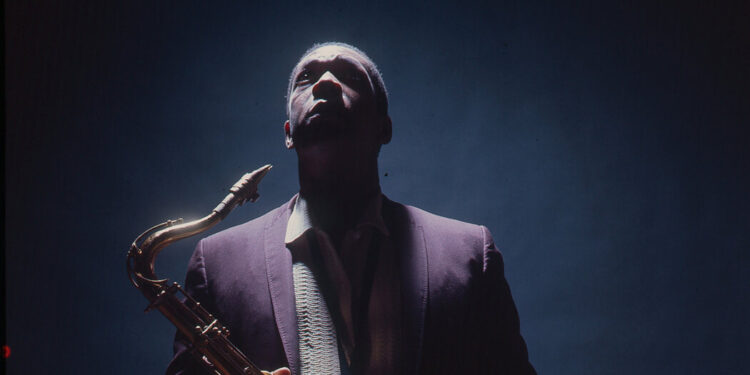 THAT’S THE STORY of how a post-war 20th-century musician became a saint, but it still leaves open the question: why Coltrane? What is it about him that makes people devote their entire lives to his art? So many other musicians have made music with openly Christian themes and have been celebrated for it – Aretha Franklin, Whitney Houston, Bono, Kanye West, and Justin Bieber, to name a few – although many of them (at least the men) have. seemed to do. present themselves as self-consciously Christian. (For example, West preached the dangers of pornography and premarital sex when he released his 2019 record “Jesus Is King.”) But what has always struck me about Coltrane, and “A Love Supreme” in particular, is how hospitable he is. is in his approach to spirituality, what a lack of judgment. He seemed to know how good he was technically – he certainly thought making people happy with his music was an achievable goal – but he also had no delusions of grandeur. Almost every story that exists about him depicts a quiet and somewhat shy family man. He spent most of his spare time practicing. He drove a Chrysler station wagon and lived on Long Island. It’s not that his music filtered out the banality of being human, but that he had an uncanny ability to make use of his human flaws. The difference between Coltrane the man and Coltrane the performer was an almost alchemical transfiguration.

It is no coincidence that, more than any other figure in the history of American music, his admirers experience his work as others can experience a religious epiphany. “I thought I was going to die of emotion,” musician Joe McPhee once told critic Ben Ratliff of attending a 1965 Coltrane concert at New York’s Village Gate. Record producer George Avakian, as recounted in Davis’s autobiography, once said that Coltrane “seemed to get bigger and bigger with every note he played,” that he “seemed to push every chord to its limits, out into space.” During our Zoom conversation, Stephens describes a similar experience when “Song of Praise,” a deep cut from the 1965 album “The John Coltrane Quartet Plays,” appeared one day while she was vacuuming her living room. As she says, “John Coltrane spoke to me.”

There are enough stories like this to create an entire subgenre, but my personal favorite, and the one that best explains Coltrane’s enduring appeal, comes from poet and playwright Amiri Baraka’s liner notes for the album ‘Live at Birdland’ from 1964, a concert at the historic club just north of Times Square, sessions for which Baraka, then known as LeRoi Jones, attended. Describing the extreme contrast of Coltrane’s transcendent, highly emotional music – “one of the reasons suicide seems so dull” – and its earthly setting, he writes, “Birdland is a place where no human should wander unarmed.

“After taking a subway through the bowels of New York,” he continues, “and that subway full of all the many things a man could expect to find in the bowels of something, and then come up the stairs on the street and walk slowly, head down, through the traffic and the busts that make up this place, and then enter ‘the Jazz Corner of the World’, a temple erected in honor of what God(?) , completely, like Sodom, with only the first few notes of his horn, your ‘critical’ sense can be completely erased, and that experience can place you somewhere far away from something ugly.”

Baraka admits that there are those who cannot hear what he calls Coltrane’s “bold human quality,” as if the notes he played were on a wavelength that certain unbelievers simply couldn’t handle. Even the most beloved music, like all art forms, falls in and out of fashion. But Coltrane’s work has not only held up, it has become more and more embraced and inspired more fervor as we get further away from the original recording. The only other thing that can be compared, curiously enough, is religion itself. If you allow yourself to hear Coltrane – really hear him – his music, like God or Buddha or Dharma or Allah, as Baraka describes it, “can make you think about a lot of weird and wonderful things.”