The designer brings a new kind of cool to Kenzo 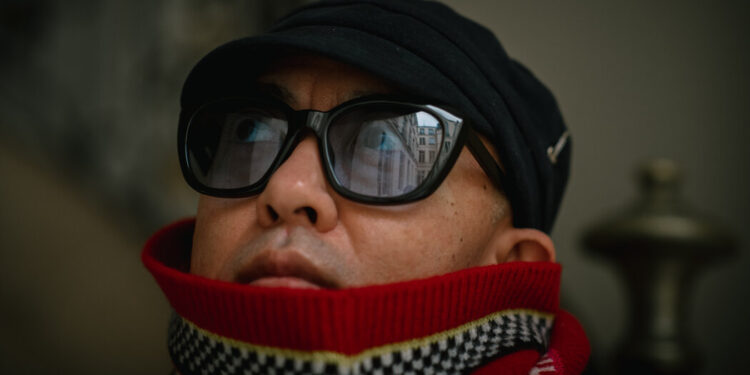 There was a moment, about six years ago, when Nigo realized he felt old.

This is not a particularly unusual feeling for someone in his mid-forties, as he was then. But this was Nigo, one of the most influential figures in streetwear, who helped transform a subculture into a cultured culture, who practically pioneered the concept of selling hoodies for $400 to rows of hungry, hungry hypebeasts.

Nigo has tapped into youth culture since 1993, when he founded A Bathing Ape (or Bape). Often seen sporting Bape’s signature camouflage pattern, along with diamond-encrusted necklaces, the mononymous designer and music producer had become a cool dude, a hero who teamed up with the likes of Pharrell Williams, Kanye West, and Virgil Abloh.

But as he approached middle age, Nigo found himself dressing more conservatively, he said. After 20 years with Bape, he sold and left the brand, instead focusing on his other labels (such as Human Made, founded in 2010) and other roles (such as creative director of the Uniqlo UT collection, appointed in 2014). He began to think, “Maybe it’s not my time anymore,” as he recalled in an interview, speaking through a Japanese translator.

“I was like, ‘What are you doing?'” said Mr. Williams, an old friend and business partner through their Billionaire Boys Club label. “Now is not the time for that. Now’s the time to really squat down, keep your head low, and do what you do best. You are one of the greatest curators of taste and suppliers of what’s next.”

(“Everything just changed really quickly,” Mr. Williams said of Nigo’s quasi-midlife crisis. “And Nigo is a Capricorn. Capricorn is an Earth sign, so they like certainty.”)

Nigo took the advice seriously and realized it was part of his job, he said, to not “succumb to those kinds of tendencies” of feeling old or out of touch.

Now, a few years away from his intervention, Mr. Williams considered this moment in Nigo’s life necessary, “so he could make room for this” – this is Nigo’s latest role as Kenzo’s Artistic Director. On Sunday, the 51-year-old designer will present his first collection for the brand, which is owned by LVMH, in Paris.

When Nigo’s appointment was announced in September, it was emphasized that he was the house’s first Japanese designer since its founder Kenzo Takada. Mr. Takada left the brand in 1999, a few years after selling to LVMH for approximately $80 million. He died in 2020 at the age of 81 from complications from Covid-19.

Nigo never met Mr. Takada, he said, although Mr. Takada had occasionally visited the campus of Nigo’s alma mater, Bunka Fashion College in Tokyo, while Nigo was studying. Still, Kenzo’s early work had a profound impact on Nigo as a teenager.

The brand “had a particularly interesting way of using strong colors together,” Nigo said, differing from the dark, somber, cool use of color that dominated Japanese fashion at the time. The collections of Mr. Takada emphasized Asian textiles, but also borrowed elements from European folk costumes, theater costumes, military uniforms, and more.

Nigo sees this inclusion of eclectic influences in his own work. He has long been inspired by (and has inspired) hip-hop culture. His work includes military themes, cartoonish animal illustrations, and vintage American workwear silhouettes. Still, his first Kenzo collection will largely pay tribute to Mr. Takada’s early work, particularly his designs from the 1980s.

Those early collections included accents like kimono sleeves and oversized berets; the new Kenzo kimonos are presented as overcoats and the large berets are embroidered with the year ‘1970’. (That’s the year Nigo was born, as well as the year Mr. Takada presented his first fashion show at Galerie Vivienne, the site of Nigo’s Sunday show.)

There are some tiger images in the new collection – a Kenzo motif that was commercially successful under Humberto Leon and Carol Lim, Kenzo’s creative directors from 2011 to 2019 – but for the most part Nigo’s Kenzo is exceptionally floral, featuring poppies, cherry blossoms and other botanicals. prints new, old or redrawn from archival patterns.

An archive paisley print shirt becomes a vibrant green shirt dress. A two-tone Harris tweed jacket – gray and dark gray in the archive of Mr. Takada – has been remade in pink and dark grey. A white men’s suit is covered with original fashion sketches of Mr. Takada. Denim, an obsession of Nigo, is tailored as formal wear.

There’s very little skin or sex appeal, although that was never really Kenzo’s point. Nigo presents both men’s and women’s clothing on Sunday, although both collections seem fairly unisex. (This is his first time overseeing a women’s collection.)

He called his new job “the biggest challenge of my 30-year career” (in the September announcement) and “enormous pressure” (in his interview for this article), but Nigo said he accepted the position almost immediately. He was first approached in 2020, following the release of his first Louis Vuitton collaboration with Virgil Abloh, the late menswear designer whom Nigo considered a mentor.

For the fashion industry, Nigo’s appointment signaled just how important streetwear has become for luxury homes.

“When we met Nigo, he was already known as a pioneer of today’s new culture, going even beyond fashion,” said Sidney Toledano, Chairman and CEO of LVMH Fashion Group.

But how much hypebeast culture will come to Kenzo along with Nigo? There will be a focus on creating a sense of exclusivity, the house has said, including through limited-edition drops, but Nigo is adamant it’s “not just about limiting the number of items.”

“That just seems like some kind of trick,” he said. “It’s more about focusing on making things desirable. More of a focus on taking care of how each single is presented and sold to the public.

Likewise, while Nigo is commonly associated with collaborations — with Levi’s, with Adidas, with KAWS, with Kentucky Fried Chicken — they won’t be his focus at Kenzo for now.

“The focus is on making the Kenzo brand intrinsically exciting,” he said. “We are always open to interesting collaborations, but they are just spicy. They are not the meal.”

The hope seems to be that Nigo’s inherent coolness — and proximity to coolness — will propel the brand in that direction, rather than any specific business model overhaul. Because Nigo, by all accounts, and despite his moment of doubt six years ago, is still cool.

“Anyone who does something cool, they’re influenced by Nigo,” said Steven Victor, whose Victor Victor Worldwide imprint at Universal Music Group is releasing Nigo’s new album on March 25.

It’s the first Nigo released under his name in nearly 20 years, and it will be Mr. Williams, ASAP Rocky, Lil Uzi Vert, Pusha T and Tyler, the Creator.

But ask Nigo why he’s making an album now, after all these years, and he’ll bring it all back to Kenzo Takada.

“There’s a very famous quote from Kenzo san,” Nigo said. “When asked, ‘What is fashion?’ he replied, ‘music.’”