The Endless Pop Shimmers of the Weeknd 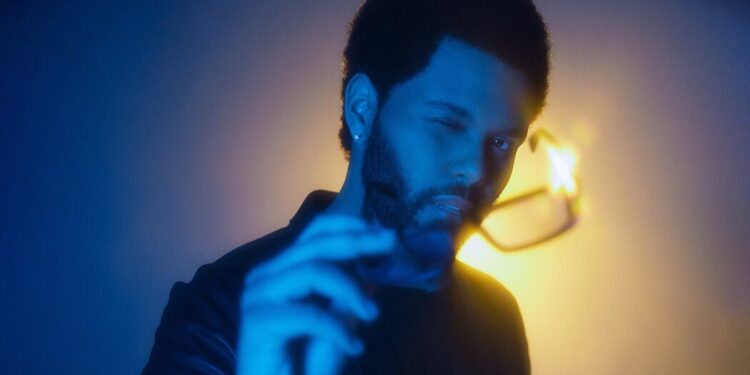 There’s no time to breathe on The Weeknd’s new album, “Dawn FM” – no room for resolution and tranquility, no indications of a world beyond its borders. A continuous series of iridescent mega-pop anthems mingled like a DJ mix, it’s, as with so many things he’s made over the past decade, an all-or-nothing proposition.

Ever since The Weeknd, born Abel Tesfaye, first arrived in 2011 with a trio of stuffy, sleazy mixtapes that radically reconstructed R&B, he’s been steadfast, maybe even stubborn, determined to think of his albums as discrete eras with evolving ideologies. And since he’s become one of the biggest pop stars in the world, this has required both tremendous skill and a not insignificant amount of confidence – in an age of microtargeting and niches exploding into ubiquity, he’s opting for a much less assured top-down path. .

He has managed to remain enigmatic even at the peak of saturation. Tesfaye, 31, is interested in world building, and he remains obscure – at the moment evolving beyond strategic anonymity into full character work – and hiding behind hits.

‘Dawn FM’, his fifth major-label album, is tight and punchy and also, again, a slight reinterpretation of what big tent music might sound like now, in an era when most global stars have abandoned the concept. “Dawn FM” expands and reinterprets Tesfaye’s fixation on pop perfect that he’s pursued since he first collaborated with hitmaker Max Martin in the mid-2010s — seven years later, he’s still chasing a deeply polished orb at the end of an infinite galaxy.

What stands out is the path he chose to get there – yes, Martin is here, as are Oscar Holter and Swedish House Mafia. But Tesfaye’s true consigliere is Daniel Lopatin (aka Oneohtrix Point Never), who started his career as a channeler of interstellar rumble but evolved into a space disco soundtracker. Together they create work that is hypnotic, both for its quality and its seamlessness. Tesfaye brings Lopatin closer to the blunt rhythm, while he is absorbed in the producer’s endless shimmer.

They landed on ‘Dawn FM’ between 1982 and 1984, when New York’s emerging hip-hop production merged with the electro that made its way into pop. This is break dance music, touching everything from Africa Bambaataa’s groundbreaking “Planet Rock” to Man Parrish and Mantronix to the first Force MD’s album to the Los Angeles melodic proto-rap of Egyptian Lover and World Class Wreckin’ Cru to Maurice Starr and Arthur Baker’s early work with New Edition.

What Tesfaye and Lopatin build on that is ambitious. “Don’t Break My Heart” is horribly sad, framing romantic despair as an inescapable sonic maze. “Gasoline” dives into Depeche Mode-style hauteur for a classic Weeknd tale of seductive degeneration: “It’s 5 a.m., I’m high again / And you can see that I’m in pain / I’ve Falling in emptiness.”

“How do I make you love me?” is a super sweet version of the Michael Jackson-esque pop that Tesfaye was looking for, just like the majestic “Take My Breath”. Appearing back-to-back early on the album, these songs are the best arguments for Tesfaye’s vision, and crucially, both are songs in which Martin is present as an amplifying force.

On ‘Dawn FM’ Tesfaye occasionally encounters simu funk, such as on ‘Sacrifice’, where Alicia Myers’ dance liberation dumper ‘I Want to Thank You’ is tasted. And “Here We Go… Again,” featuring the faintest fog of the Bee Gees’ “How Deep Is Your Love,” is the album’s weakest and least characteristic moment, a lyrical jolt into the deeply specific present for an artist. who tries to make music that exists outside of time.

There’s a reason no one is currently trying to match what Tesfaye achieves – it takes the rigor of an engineer, the ego of a superstar, and the scars of the wounded. Done wrong, it can come across as frosty and algorithmic.

The album is laced with interstitials from a fictional radio station, mostly voiced by Jim Carrey – funny but not particularly meaningful. What does hit harder is ‘A Tale by Quincy’, in which the influential producer and mogul Quincy Jones tells a story about learning how to grow up rough. Jones is a clear antecedent to Tesfaye, who aspires to be an orchestrator as much as a singer and songwriter. (There are also echoes of Jones’ 1981 album “The Dude” here.)

If anything has changed for Tesfaye, it’s his relationship to dysfunction. While there are moments—such as “Sacrifice” (“The ice in my veins will never bleed”) and “Gasoline”—that recall the seedy desperation of his early albums, he’s more often the victim.

“I Heard You’re Married” — with a bright, helpful guest verse from Lil Wayne (“If I ain’t your man I can’t be your hybrid”) — is about what happens when your old weapons are turned to you: “Your number in my phone, I’m going to delete it / Girl, I’m way too grown up for that cheating.” “Is there anyone else?” is a remarkably chill song about being a reformed cad. And he brags about a movie star girlfriend on “Here We Go… Again”.

Perhaps the shift is an acknowledgment of the regrets that come with age and experience. Maybe it’s because the villain can only be the hero for so long. Or maybe it’s just a phase. The last full track on the album is “Less Than Zero”, a nod to Bret Easton Ellis’ debauchery, but also a slightly stripped-down song about inner sorrow. It is the only moment on this mirror ball of an album that feels really vulnerable, and dares to peek inside: “I try to hide it, but I know you know me.”