The fine art of staging a blockbuster 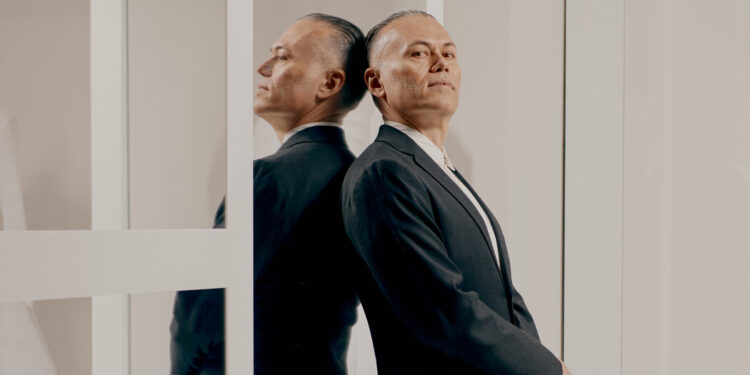 Matthew Yokobosky grew up in the town of Republic in southwestern Pennsylvania and visited the local tailor most days after school. “His name was Danny Mariotti, and I used to watch him sew,” he said.

There were the Trevallini sisters, whom he liked to observe making jeweled floral arrangements and bridal bouquets. “Oh, and Charlie Angeloni, the shoemaker,” he added, with the unusual memory that has served him well over the years.

“His memory is like a superpower,” said Anne Pasternak, the director of the Brooklyn Museum, one of the many factors that led her to appoint Mr. Yokobosky as the museum’s senior curator of fashion and material culture in 2018.

His latest appointment marks a high point in a career that took him out of the Whitney Museum, where he curated film and video for 12 years (and worked as a set and costume designer at the experimental theater La MaMa). In Brooklyn, he was director of exhibition design before taking up his current position.

“He’s a brilliant creative,” Ms Pasternak said. “His eye is in the present and he cares deeply about the visitor experience, qualities that are not often packaged in a single curator.”

A cultural polymath, Mr. Yokobosky, 57, is arguably one of the more inventive and prolific museum curators you’ve never heard of, lauded — or defrauded — for an aesthetic that goes from the ultra-refined to the bare-bones flamboyant.

Usually, and somewhat anonymously, dressed in black-on-black, his gray-streaked hair seriously combed back, he has developed a personal style that is as understated and artfully manicured as his shows are theatrical.

One of the museum’s most lavish exhibitions, ‘Christian Dior: Designer of Dreams’ is housed in blockbuster style in the museum’s Beaux-Arts Court, the first exhibition in 40 years to be set up in what usually serves as a rental space. (It will be the site of a cluster of events to mark the 75th anniversary of the house of Dior on February 12.)

First exhibited in Paris in 2017 and curated by Dior scholar Florence Müller, the show has been adapted for an American audience to highlight Christian Dior’s tenure in America, featuring groups of little black dresses and other pieces from the fashion show. of the couturier. New York-centric label.

The exhibition is rich in distinctive Dior creations and a pantheon of successors, including Yves Saint Laurent, John Galliano, Marc Bohan and Raf Simons. It ends in a viewer-friendly gallery of Dior-draped stars: Princess Diana, Elizabeth Taylor, and Rihanna, to name a few.

With its floor-to-ceiling displays, video installations, and mirror effects, it’s all dazzling and easily overshadows “In America,” the simultaneous and relatively low-key show of American fashion at the Metropolitan Museum of Art.

As Zachary Woolfe, DailyExpertNews’ classical music editor, wrote, “There’s something of a role reversal here: the cluttered Brooklyn Museum housing the glamorous behemoth, while the mighty Met is a sweeter, more modest and (dare I say ) underground pose.”

“Dior,” which concludes Feb. 20, is the latest in a string of shows Yokobosky has conceived or mentored — David Bowie, Pierre Cardin and Studio 54, one of the most memorable — that promise Brooklyn’s fashion extravaganzas at competitive closely with that of the Met and elsewhere in the city.

At least as impressive as guiding a visitor through the show is Mr. Yokobosky’s seemingly encyclopedic mastery of fashion arcana. More enterprising than most people thought, Christian Dior noted, more than a decade before Pierre Cardin introduced the concept of ready-to-wear, selling ready-made suits and dresses.

What was extraordinary, Mr. Yokobosky said, “was how elegantly Dior thought about things.” He told of Magda, a client of the house, who complained over lunch with the couturier in the 1950s that she had lost an earring. Does not matter. “I know what to do,” Dior assured her. He then ran, returned with a leaf and pinned it to her lapel, a gesture the curator found spontaneous and witty.

He can, in his own way, turn a dime. He was as gracious when a visitor mistook him for a museum keeper as he was when he met Beth DeWoody, the prominent art collector and philanthropist, who had stopped by to admire a wasp-waisted Dior dress with a wide skirt, an iconic post-war silhouette that brought Carmel Snow, the editor of Harper’s Bazaar, exclaimed, “Dear Christian, what a new look you have!”

The show has attracted a string of high-profile fashion and screen world visitors, including Katie Holmes, Anna Sui, Christy Turlington, Tim Gunn and Reese Witherspoon, many posing for selfies on Mr. Yokobosky. That platform is indispensable, he said. When the pandemic abruptly halted the Studio 54 exhibit in early 2020, he turned to his feed, he said, “to keep the flame alive.”

“Twenty years ago,” he said, “a primary consideration when setting up a show was, ‘What happens when you come through the doorway, where do you want people to look, what happens when they turn around.'”

He still approaches every project with an architect’s eye. He likens the experience to building a small town, where visitors wander through a network of unfamiliar streets. Where do you want them to look?

An equally urgent question now is, “What does this look like on social media?” Yokobosky said, adding that he aspired to make all of “Dior” “Instagramable.”

Such a strategy has given the museum’s fashion exhibits a distinct advantage over similar fare at the Met, where fashion is as often as not showcased in a slightly overcrowded basement space with limited internet access. “It’s hard to take a picture there, and when you get a picture, you can’t even send it,” Mr. Yokobosky said coolly.

To some critics, with its generous focus on celebrities and displays devoted to Dior fragrances, the show seemed overly promotional, devised, as Mr Woolfe suggested, to “polish the brand and move merchandise”.

Mr. Yokobosky fights such barbs with serenity. A focus on celebrities “comes a bit with territory,” he said. “When you go to an art exhibition, you want to see who the lenders are, who owns this or that painting. As a fashion curator you can create a strictly academic exhibition based on the work of historians and scientists, or you can build bridges to a wider audience.”

He approaches his private life calmly. During an early 12-year relationship with a psychoanalyst, he spent four days a week on an analyst’s couch. With a subsequent partner, he underwent many months of couples therapy. “Those times were bumpy,” he recalls. “My brain was trained like that.”

His current relationship with a neurologist has brought him a measure of peace of mind, as well as an unshakable health regimen. “At the end of a day, an hour on the elliptical machine clears my mind,” he said.

But training, however rigorous, has done little to dull an ambition that may have been bred in the bone. “I was always competitive academically, he said. “I wanted the straight A’s. I wanted the perfect score. I wanted that award.

“As soon as ‘Dior’ opened, I immediately put on my mask and ran to Met,” he recalls. “I had to see what was going on.”