The rapid spread of the Omicron variant could soon lead to a surge, the CDC warns. 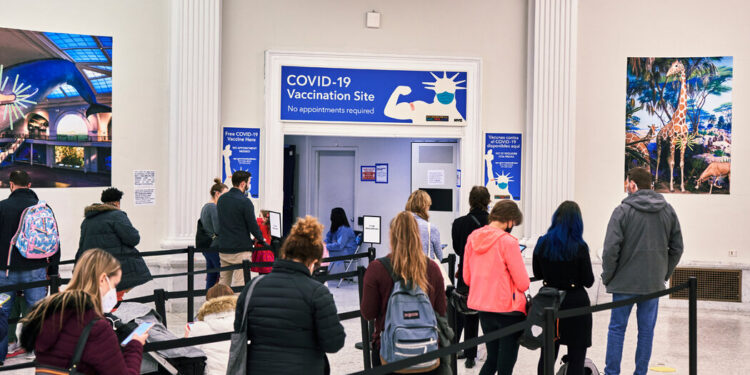 The US system has been relatively slow to pick up cases of the variant, perhaps in part due to travel patterns or restrictive US entry rules. But the system is also limited by blind spots and delays.

Last week, the CDC reported that of the 43 known infections discovered in the United States in the first eight days of December, 34 of the patients, or 79 percent, had been fully vaccinated when they first showed symptoms or tested positive. Only about a third of 43 people had traveled internationally in the two weeks before diagnosis, indicating some degree of community spread of the variant.

The fight against Omicron may require the federal government to top up funding for the response, Health and Human Services Secretary Xavier Becerra suggested Tuesday. Mr. Becerra told reporters that about $10 billion was left of the $50 billion Congress had earmarked for testing.

For public health labs, as for hospitals, staffing can be a challenge, Mr Becker said.

“It’s the same staff that does molecular testing and genomic sequencing and flu surveillance,” he said. “We’re already stretched, so we need to start thinking about alternative plans, temporary staffing, bringing in people who helped during the peaks last year.”

US mandates. The Supreme Court refused to block New York State’s vaccination requirement for health professionals, allowing for medical, but not religious, waivers. Meanwhile, in New York, a new mask mandate came into effect and California announced it would restore its mask mandate.

In Europe, health officials have warned of a spike in Omicron cases. According to estimates on Monday, cases of the variant in Denmark, which is comparable to the United States in vaccination coverage and average age, doubled every two days.

dr. Tedros Adhanom Ghebreyesus, the director-general of the World Health Organization, said in a news briefing Tuesday that “Omicron is spreading at a rate not seen in any previous variant.”