The soldiers came home sick. The government denied it was responsible. 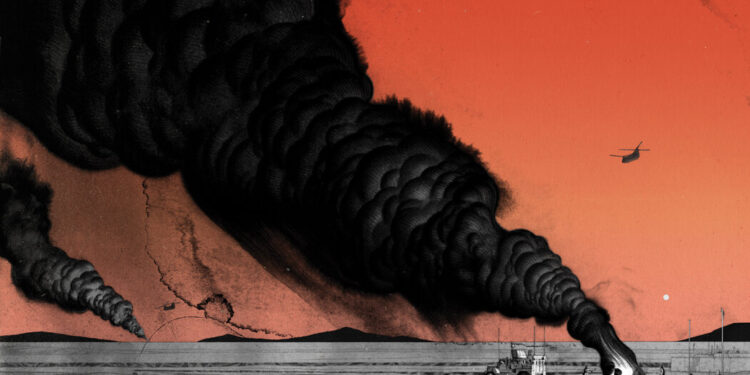 That’s when Shulkin said that during his three years as a senior VA leadership, no one had ever talked to him about fire pits. But this seemed impossible: During his tenure, the VA had already started recording details of toxic exposure claims on the National Registry of Burns, and in 2017 Shulkin signed the National Academy of Sciences, Engineering and Medicine’s review of the use of the data. PBS, DailyExpertNews and others reported on the controversies surrounding fire pits. The class action lawsuit against KBR moved through the courts, making headlines along the way. Shulkin had also visited a research facility in New Jersey in 2016 that focused on studying airborne hazards and burn exposure.

But Shulkin doubled down, even suggesting that the topic has been deliberately downplayed: “Burning pits weren’t even an issue when I was there,” he said. “There are very good mechanisms that prevent things from coming up, and I can’t say if it was intentional. There was no discussion or view of it.”

I echoed Shulkin’s description of VA silence over fire pits during a telephone conversation with current VA officials. “I would find it surprising,” said Dr. Finally, Patricia Hastings, the VA’s chief adviser on health outcomes from military exposures.

In months of reporting, I interviewed a range of current and former VA employees, both online and offline, and encountered many alleged gaps in knowledge. No one at the VA seemed willing or able to formulate a coherent explanation for the department’s shifting position on fire pits. Officials pointed out that the agency was huge, the largest after the Defense Department, and that some of the clashes over science had happened long ago. The VA, they said, has always prided itself on rigorous research, academic freedom, and compassionate care for veterans. Over the years, the agency has commissioned four reports related to airborne hazards; none of them discovered a link between health problems and burn marks, officials said. Nevertheless, last year after reviewing the existing investigation at the end of 2020 and 2021, the VA decided to reverse the position. The science, the VA said in a statement, “has changed and represents less of an abrupt shift than an evolution in the understanding of the VA.”

The Miller biopsies have remained a landmark, albeit controversial, breakthrough in fire research. Some returning soldiers became so desperate to prove they were really sick—not crazy or delusional, as other doctors had suggested—that they traveled to Tennessee and paid for a biopsy with private insurance. But Miller has also been criticized, particularly by military doctors, for encouraging patients with normal test results to undergo the painful and invasive procedure.

In the controversial realm of fire research, doctors have broken up with one another with unusual resentment. The stakes are both professional and personal, with some scholars believing their life’s work has been ignored or misused for political ends. There are burn-pit believers (activists, say their critics) and burn-pit skeptics (obstacles, say the others).

In 2013, after years of silence, Miller learned from the VA: He was one of two pulmonologists asked to develop a criterion to evaluate respiratory problems. But when it came to constrictive bronchiolitis — the disease Miller thought he found in his biopsies — the agency hampered its efforts to create a criterion, he says. In an email exchanged that year, Miller urged Dr. Gary Reynolds, a medical officer with the VA’s benefits administration, for a statement, and even threatened to “open a congressional investigation,” citing his previous work with the Senate Committee on Veterans Affairs. But Reynolds deviated, citing “some unexpected administrative problems”. In an email to me, Reynolds said he could not comment.