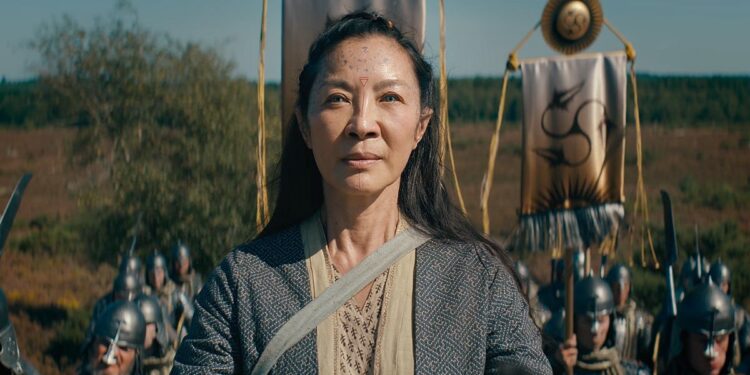 The Witcher: Blood Origin, set to appear in 2022 as a prequel to the hit Netflix Witcher series, has been teased in a post-credits scene following the final episode of The Witcher season 2, which returned to Netflix in December after two years. 17. The Witcher: Blood Origin stars Laurence O’Fuarain, Michelle Yeoh and Sophia Brown and will cover the events leading up to the Henry Cavill-led show. It takes place more than a millennium before the timeline of the original Witcher series. According to Netflix, the series will be available to stream next year.

In the trailer for the new show, Netflix describes The Witcher: Blood Origin as an “untold chapter” set long before the original Witcher series. On the webpage dedicated to the series, the streaming service says that Blood Origin takes place 1,200 years before the Geralt of Rivia story, in an elf world. The show predates the Witchers and tells the story of how the “worlds of monsters, men and elves merge into one”, probably referring to the Conjunction of the Spheres. According to Netflix, the show is set at a time when the continent is about to see the creation of the first Witcher.

Netflix is ​​slowly building a universe around the Witcher franchise, and the service has already rolled out two seasons of the main show. Another animated film, The Witcher: Nightmare of the Wolf, which tells the story of Vesemir, Geralt of Rivia’s mentor, was also released on Netflix this year. The Witcher: Blood Origins doesn’t have a release date at this time, but is expected to arrive in 2022, according to the teaser trailer released by Netflix.