These poached eggs are not picture perfect. That’s what makes them beautiful. 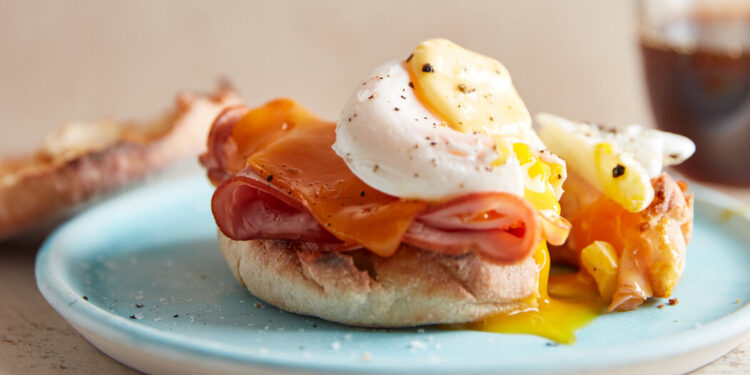 It was nearly midnight on day 8 of a two week photo shoot when I was rolling out dough for a sheet of graham crackers. Using a long ruler as a guideline, I cut perfect rectangles and then printed straight lines with dots with a fork. It looked flawless in the oven. When it came out, it was bent over the parchment and wrinkled like a shirt crammed into a drawer.

Disappointed, I thought I would make another batch the next morning. When the photographer, Romulo Yanes, arrived, I showed him the ruined crackers and told him I would prepare another tray.

He stopped me and told me—actually scolded me—that those wrinkles made the baked dough pretty. I thought he was just saying that to be nice since the shoot was for my first solo cookbook, but he grabbed the pan and put it under his camera. Even before his monitors were set up, he fired a shot. He gestured to me and chuckled as he showed me the image in the viewfinder.

In a world where anything less than ideal seems unacceptable, Romulo has helped me find the beauty in imperfections, to see how mistakes can lead to something surprising and possibly even better. It was a masterclass in grace, as was his habit of taking the time to share a meal with those around him. With these years marred by grief and in this season where I feel the loss even more acutely, I often think of Romulo, who died of cancer in June. I remember him and especially those two lessons he taught me that day, and again with every shoot.

Romulo’s food photography is often recognized for his obvious love for what’s on the other side of the lens. But those who’ve been on set with him know that his photos also show how he appreciated the people around the food – how he worked with us, flaws and all, turning our dishes into beautiful things, then taking us around the table gathered to share in them.

For most shoots, breakfast consists of sips of coffee and muffins taken while setting up. But Romulo urged us to start each day with a hot meal together, even though we just wanted to get to work. One morning he walked into the kitchen to cook our breakfast. He craved a poached egg on a buttered English muffin and wanted to make one for all of us. The stylists, assistants and I gathered around the stove, where Romulo set a pot of water on the flame.

He carefully lowered half a dozen eggs into the boiling water and rolled them back and forth for about 20 seconds, then scooped them out one at a time. When asked why he put the eggs in the pan for the first time while they were still in the shell, Romulo explained that the short slip in bubbling water prevented the egg whites from spreading into a lacy edge later. He confessed that he had no idea if there was any scientific value to this, and then added a splash of vinegar to the pan, which certainly helps to set the whites. He broke the eggs into it, spread them apart like on a sundial, and cheered when they didn’t scatter.

The eggs blew up immediately, stayed nice and tight and went from clear to white, then they started to bulge as they firmed up. After a few minutes, Romulo nudged the yolks to make sure they wobbled just a little and scooped the eggs onto paper towels.

They weren’t five-star Benedict eggs, round like orbs after being swirled in a whirlpool of boiling water or coddled in a ladle. They were in the form of friendly ghosts – not a frilly edging but curved edges and the slant of poached eggs. Since all six were ready at the same time, we sat together and ate them warm, while the yolks ran into the toasted rocks of our English muffins.

It didn’t matter that the eggs weren’t perfect. What did matter was the time we took to stop hustling and connect.