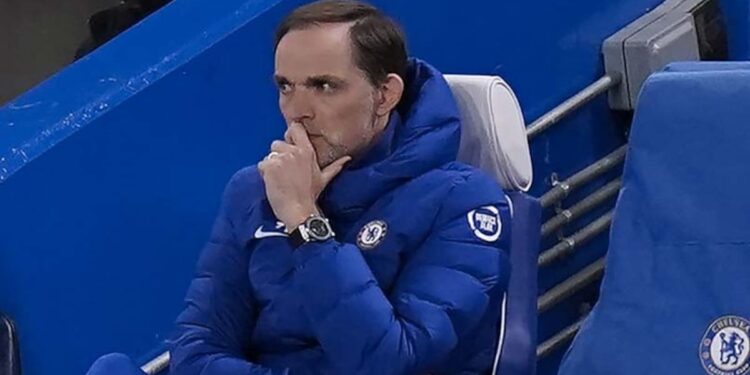 Chelsea assistant Zsolt Low said on Tuesday the absence of Covid-stricken Thomas Tuchel poses a “major challenge” for the European champions at the Club World Cup. Tuchel missed Saturday’s FA Cup win over Plymouth after testing positive for the virus and was unable to fly to Abu Dhabi ahead of the semi-final against Asian champions Al Hilal. “It’s a big challenge that Thomas isn’t there, but we’re trying to do the best we can,” said Low, who oversees the team with Arno Michels while Tuchel isolates.

“We’re in constant contact with Thomas, we have a lot of meetings together, we use voice calls all the time. We record the training and send it to him. We try to make it look like he’s here with us.”

Tuchel could join the squad in time for Saturday’s final if Chelsea beat Al Hilal, but for now the German is limited to interacting with his side from a distance.

“It can be very difficult for him to sit in front of the TV with all the emotions and impressions he has,” said Low, who also worked under Tuchel at Paris Saint-Germain.

“He is definitely a coach who likes to be with the team and gives them a lot of energy.”

Low added: “We hope the next test is negative and he can travel as soon as possible.

“We have text messages, phone calls and video calls. We want to give him the feeling that he is with us, he is there 24 hours a day.

“We cannot copy him, he is one of the best coaches in the world. We have to share it with the coaching staff.”

Kepa Arrizabalaga will keep his spot in goal on Wednesday, but Edouard Mendy could replace the Spaniard once he arrives after winning the Africa Cup of Nations with Senegal.

“Mendy will come later today or tomorrow. We’ll see how he is, how tired he is. He has to arrive first, we have to check on him, we have to talk to him,” Low said.

“We will see in a few days if there is any possibility that he will play.”

However, England defender Reece James, who has a hamstring injury, will not play a part in the UAE despite traveling with the team.

European clubs have won each of the past eight Club World Cups, a streak that began after Chelsea lost 1-0 to Corinthians in Japan in the 2012 final.

Chelsea captain Cesar Azpilicueta is the only player in the squad who was part of the team that came in second ten years ago.

“I’m really motivated. That loss in 2012 hurt a lot and this is the only competition that the club has not won. I think it’s huge to win him for the club for the first time,” said Azpilicueta.

“I think it has a lot of meaning for everyone. For the fans, we represent Europe, and we have to evaluate how difficult it is and the journey we have had to take to make it here.”

Azpilicueta has won every trophy except the Club World Cup since joining Chelsea in 2012, and realizes he may not get another chance to complete the set.

“These kind of tournaments are not like a normal cup you play every year. Every league we participate in we want to win. And this is a rare one that we haven’t played in the last 10 years,” he said.

“I think everyone knows very well how difficult it is and that we should not miss the opportunity.”