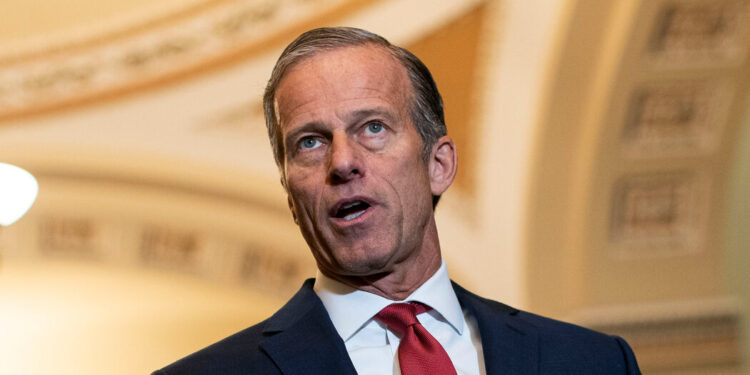 WASHINGTON — South Dakota Senator John Thune, the second Republican in the Senate, announced on Saturday that he would seek re-election after an aggressive lobbying campaign by peers prompted him to put aside concerns about his party’s future and a fourth after to strive. term.

“I am asking South Dakotans for the opportunity to continue serving in the U.S. Senate,” Mr. Thune said in a statement, adding that he could perform for his state.

“I’m uniquely positioned to get that job done,” he said.

The South Dakotan, who turned 61 on Friday, had recently told his employees that he was considering retiring.

But by seeking reelection in a heavily conservative state, Mr. Thune is well positioned to win again, potentially succeeding minority leader Kentucky Senator Mitch McConnell as the top Republican in the room.

A large number of Senate Republicans in recent weeks have leaned on Mr. Thune to rejoin, but Mr. McConnell has been particularly aggressive, meeting with him privately over the past week.