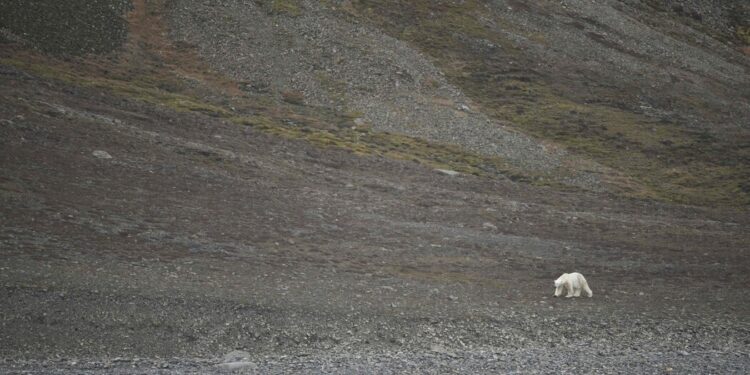 Over the icy dome that crowns the earth, rising temperatures make the tundra greener and more lush. Beavers are expanding their range. Garbage from passing ships soils the banks. Wildfires are scorching the once permanently frozen lands of Siberia.

That’s the picture scientists painted in their latest assessment of the Arctic, which is warming more than twice as fast as the rest of the world. This warming has created a variety of disturbances that make the Arctic a potential harbinger of what people at lower latitudes might one day experience as a result of human-induced climate change.

“The vulnerabilities in the Arctic are more noticeable,” said Matthew L. Druckenmiller of the University of Colorado Boulder’s National Snow and Ice Data Center, who edited the new assessment. “But these are similar vulnerabilities that we will see unfold for our entire planet in the coming decades.”

While this year’s Arctic Report Card doesn’t describe a “blockbuster,” record-breaking changes in the region’s climate, it does show “consistent, alarming and undeniable” trends toward drastically different conditions there, said Richard W. Spinrad, the administrator of the National Oceanic and Atmospheric Administration, which conducts the annual health check.

Snow cover and sea ice remained below average. In April, the volume of sea ice in the Arctic Ocean was the lowest since record keeping in 2010, the authors of the review reported. Sea ice helps slow warming by reflecting most of the sunlight that hits it.

Arctic sea ice was also thinner this year than in years past, the researchers said. Thinning ice has stimulated the growth of shipping traffic, and with it an increase in waste and noise pollution that could affect the movement of marine mammals.

In the Eurasian Arctic, June snow cover was the third lowest since records began in 1967, the scientists said. This has increased the likelihood of wildfires, such as those that have ravaged Siberia over the past summers.

The Greenland ice sheet, which spans about 650,000 square miles and is already one of the fastest-melting ice chunks on Earth, experienced three “extreme melt” episodes this summer, the researchers reported. On the icy top of the sheet in August, it rained for what is believed to be the first time.

More than 110 scientists from 12 countries contributed to the latest Arctic Report Card, presented Tuesday in New Orleans at the annual meeting of the American Geophysical Union.

The science behind tornadoes. The devastating storms that hit six states on December 10 came at the end of a year of extreme weather events. But while scientists have been able to link climate change to hurricanes and droughts, the same cannot be said for tornadoes.

Climate extremes in Australia. Many of the same areas that suffered horrific wildfires in 2019 and 2020 are now experiencing massive rainfall that can leave some people stranded for weeks.

Changing conditions at the top of the world could have cascading effects further away, said Gabriel J. Wolken, a research scientist at the University of Alaska Fairbanks and the lead author of the report’s chapter on glaciers and permafrost.

Melting glaciers could raise sea levels worldwide. And the frozen soils of the Arctic store large amounts of carbon. If the permafrost thaws, it can release carbon into the air, accelerating global warming.

That’s on top of the increased likelihood of landslides causing glacier retreat and thawing permafrost in the Arctic. A few years ago, a slope fault on the edge of an Alaska glacier sent millions of tons of rock into a bay, triggering one of the highest documented tsunamis.

The authors of this year’s report emphasized that Arctic residents were directly affected by all of these shifts. In recent years, the researchers have begun to seek input from local indigenous communities in producing the assessment.

“These changes are not abstract,” said Richard L. Thoman, a climate specialist at the University of Alaska and another editor of the report. “It’s not just about polar bears. It’s about real people, members of the global community who are now being affected.”