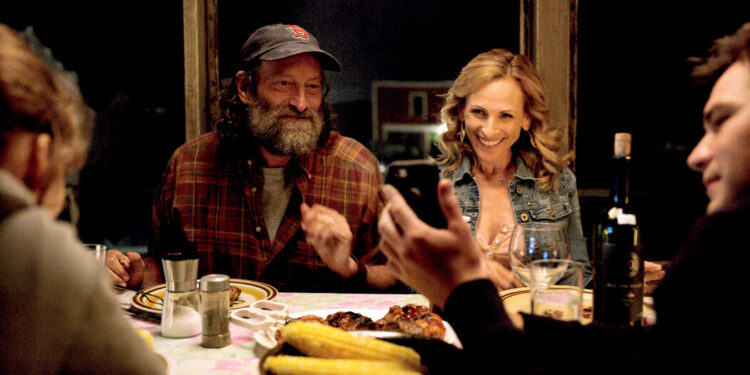 A few weeks ago, Troy Kotsur in The Hollywood Reporter compared the possibilities for deaf actors like himself to having a little hair in the beard of rollers for those who can hear.

With Sian Heder’s “CODA”, which stands for Child of Deaf Adults, he picked it up and made history. He is the first deaf actor to be nominated for an Oscar. In 1987, Marlee Matlin became the first deaf artist to be nominated; she won the Oscar for “Children of a Lesser God.” Matlin happens to be Kotsur’s co-star in ‘CODA’.

Kotsur plays Frank Rossi, a deaf fisherman, gruff but surprisingly tender, who tries to keep his business in Gloucester, Massachusetts afloat with the help of his teenage daughter Ruby (Emilia Jones), the only hearing member of their family. Ruby has spent most of her life as an interpreter for Frank, her mother, Jackie (Matlin), and her brother, Leo (Daniel Durant). But she longs to go to music school and become a singer, a dream her parents can’t understand. (“If I was blind, would you paint?” Jackie asks.) And the thought of having to navigate life alone is terrifying.

The critical reactions to Kotsur’s performance were overwhelmingly warm. Owen Gleiberman of Variety called him “an extraordinary actor”; Steve Pond of The Wrap declared him “a treasure as Matlin’s gloriously profane husband”; and Peter Travers of “Good Morning America” ​​said he was “hilarious and heartbreaking.”

The role has also earned Kotsur 31 nominations, including a BAFTA, a Golden Globe, the first Screen Actors Guild nod for an individual deaf male actor and now an Academy Award for Best Supporting Actor. To date, he has racked up nine wins, including a Gotham Award and a Spotlight Award from the Hollywood Critics Association.

In a statement Tuesday after the Oscar nominations were announced, Kotsur said he was stunned, explaining: “I can still remember seeing Marlee win her Oscar on television and telling friends I would be nominated one day. and that they were skeptical. I want to thank everyone for this huge honor.”

Despite the scarcity of jobs for deaf actors, Kotsur is not exactly a stranger to the limelight. In 2003, he shared the role of Pap with a hearing actor in the Tony-nominated 2003 American Sign Language adaptation of “Big River” on Broadway. More recently, he helped develop a sign language for the Tusken Raiders in “The Mandalorian.”

Still, “I’m so glad they recognized me,” Kotsur told The Hollywood Reporter of the accolades that have come his way, “not because I’m deaf, but because I’m a talented actor.”