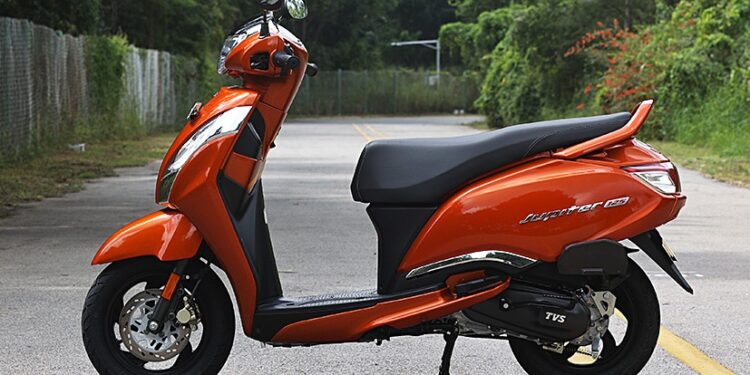 TVS Motor Company said on Wednesday it will develop electric vehicles (EV) with BMW’s motorcycle brand in the country, joining a host of Indian automakers who have sought to expand their clean mobility offerings.

Earlier in the day, TVS shares rose a staggering 7.4 percent after media reports said the companies would likely announce a joint alliance to make and export electric vehicles from India.

The partnership comes at a time when new-age start-ups like Ola Electric and Ather are ramping up investment in electric scooters, forcing legacy two-wheeler manufacturers like TVS and Bajaj Auto to follow suit.

Top automakers such as Mahindra & Mahindra and Tata Motors are also investing heavily in EVs as the government has encouraged automakers to go electric in an effort to reduce pollution and fuel imports.

Currently, EVs account for a fraction of total two-wheeler sales in the country, mainly due to high battery costs and lack of charging infrastructure.

TVS and BMW Motorrad had signed a long-term agreement to make motorcycles in 2013, and are now extending the deal to develop exclusive products for both companies that will be sold worldwide.

The first product of this collaboration will be showcased over the next 24 months, according to TVS.