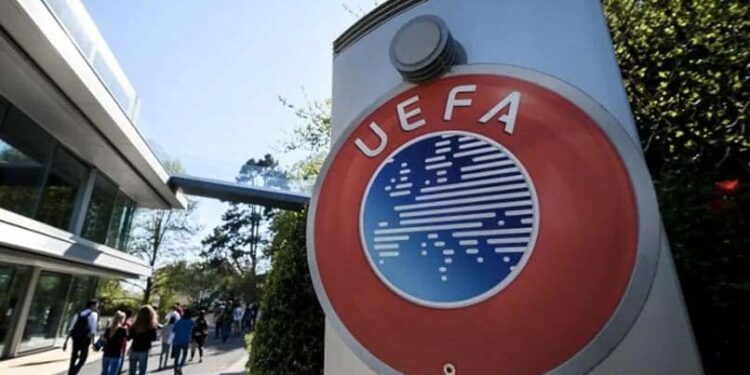 The Covid-19 pandemic has left European clubs with a massive €7 billion crater in their bank accounts, a UEFA report concluded on Thursday. The virus that has been disrupted over the past two seasons, with many games played on empty terraces, put an end to an uninterrupted increase in revenues over the past 20 years. With gate receipts decimated, sponsorship down and television rights receipts down, clubs suffered a blow of €4 billion in 2019-2020 and €3 billion in 2020-2021.

Lockdowns imposed to contain the spread of the virus that has killed nearly 2 million people in Europe and 5.69 million worldwide have cut off the financial lifeblood of the clubs – the fans.

Ticket sales fell by 4.4 billion euros, while the report predicted a decrease in sponsorship by 1.7 billion and a reduction in television rights by 0.9 billion.

These figures correspond to the losses predicted in the UEFA report of May 2021, which estimated the loss for Europe’s 711 top clubs at 7.2 billion euros.

The latest UEFA survey includes the consolidated results of those same 711 clubs for the year 2020, as well as the projected financial statements of 95 major teams for the year 2021, notably characterized by games played behind closed doors.

These long months of empty stadiums have led to a drastic drop in ticket revenue, which fell by 88 percent in 2021 compared to 2019.

UEFA also analyzed the impact of Covid on the transfer market.

“Income from transfers fell by 40 percent during the summer 2020, January 2021 and summer 2021 transfer periods” compared to the original level, the European body said.

But UEFA also emphasized that signs of recovery have been seen in recent months as “fans seem more eager than ever to return to the stadium”.

It also noted a rebound in the January transfer window, which closed on Monday with an estimated €950 million spent in Europe last month, according to UEFA.

An overall drop of just 10 percent compared to the average winter transfer window between 2017 and 2019.

The activity of French Ligue 1 clubs on the market halved between the summer of 2019 and the summer of 2021, with a negative balance – 400 million euros spent against 372 million received.

Victims of the withdrawal of their broadcaster Mediapro, the starting point for a decline in their television revenues, Ligue 1 clubs are among the hardest hit in Europe, with an overall drop in sales of 29 per cent since March 2020, compared to around 20 per cent for England , Germany and Spain and 26 percent for Italy.

The Qatar-funded French giants are among the top 5 highest-earning companies in Europe, behind Barcelona, ​​Real Madrid, Bayern Munich and Manchester United.