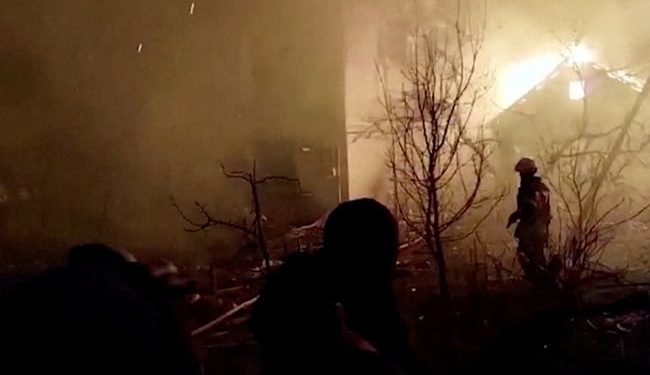 Ukraine on Monday will ask the United Nations’ highest court to issue an emergency ruling requiring Russia to stop its invasion, arguing Moscow’s justification for the attack is based on a misinterpretation of the genocide law.

While the court’s rulings are binding and countries generally follow them, it has no direct means of enforcing them.

Russian President Vladimir Putin has said that Russia’s “special military action” is needed “to protect people who have been victims of bullying and genocide” – that is, those whose first or only language is Russian – in eastern Ukraine .

Ukraine’s lawsuit argues that the claim of genocide is false and in any case provides no legal justification for an invasion.

The case it has brought before the World Court, officially known as the International Court of Justice (ICJ), centers on the interpretation of a 1948 treaty to prevent genocide signed by both countries. The treaty appoints the ICJ as the forum for resolving disputes between signatories.

Last week, the board of directors of the International Association of Genocide Scholars issued a statement saying that Putin “obscured and misused the term ‘genocide'”.

“There is absolutely no evidence that genocide is going on in Ukraine,” the association’s president, Melanie O’Brien, told Reuters.

The Russian embassy in The Hague did not immediately respond to questions from Reuters about the case.

The ICJ can order expedited “preliminary measures” within days or weeks to prevent a situation from worsening before it has reviewed the case or has jurisdiction.

Ukraine filed for interim measures from the court in 2014 after Russia’s annexation of Crimea, and the ICJ ordered both sides not to aggravate the dispute.

The hearings will begin at 10:00 AM (0900 GMT) and Ukraine will present its case. Russia will respond on Tuesday.