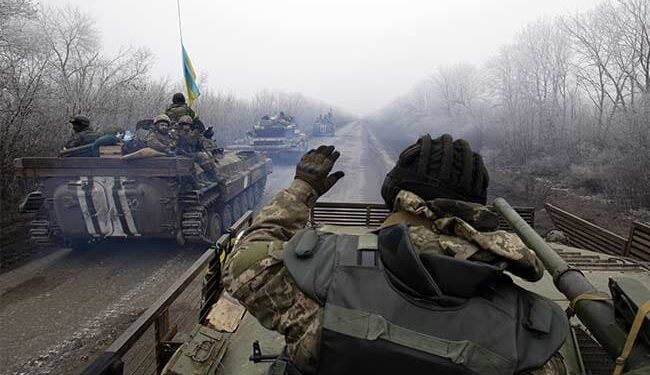 Russia has forced the West into talks over Moscow’s demands for new security guarantees in Europe by rallying more than 100,000 troops near its borders with Ukraine, a former Soviet republic seeking to join NATO.

Britain said earlier this month it would provide Ukraine with light defensive anti-armour weapon systems and personnel to provide training. They are not strategic and are intended to be used for self-defense, it said.

“It is enough to fire one shot to completely destroy the enemy vehicle,” said military officer Zinovy ​​Luzhansky during exercises on windy military training grounds in western Ukraine.

“It will be much easier to fight against the Russian Federation, because this weapon can easily destroy any kind of enemy armored military equipment.”

While Britain and the United States have ramped up arms deliveries to Ukraine this month, they have also upset Kiev by recalling their diplomats.

Ukrainian President Volodymyr Zelenskiy did not rule out a full-scale war with Russia on Friday, but accused Washington and the media of fueling panic that weighed on the economy when there were “no tanks in the streets”.

He spoke after Russian President Vladimir Putin said the United States and NATO had failed to address the Kremlin’s key security demands in the East-West standoff over Ukraine, but that Moscow was willing to continue talking.

Russia annexed Crimea from Kiev in 2014 and began supporting rebels fighting government forces in eastern Ukraine, an unresolved conflict that has killed 15,000 so far.