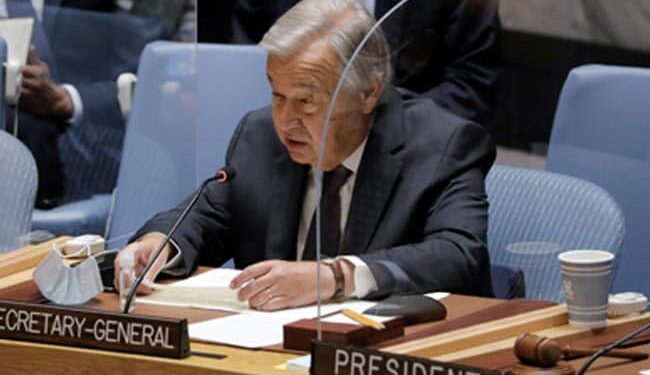 Guterres met with Chinese President Xi Jinping and Foreign Minister Wang Yi on the sidelines of the Winter Olympics, according to a UN readout of the meetings.

Bachelet has long sought access to Xinjiang to investigate allegations of abuse against ethnic Uyghurs. The issue has soured relations between Beijing and the West, leading to accusations of genocide by Washington and a US-led diplomatic boycott by some countries of the Winter Olympics.

Bachelet’s Geneva office last month said talks were underway for a possible trip to the northwest China area in the first half of the year.

Rights groups accuse China of widespread abuses against Uyghurs and other minority groups, including torture, forced labor and detention of 1 million people in internment camps.

Guterres discussed Afghanistan and climate change during his meetings with Xi and Wang.

“The Secretary-General recognized China’s significant efforts to tackle climate change, but reiterated the call for additional efforts to accelerate the transition to the green economy to bridge the emissions gap,” the UN statement said.

Guterres traveled to Beijing on Friday to attend the opening ceremony of the Winter Olympics. The ceremony concluded with the Olympic cauldron being lit by two young Chinese Olympians, one of whom is a member of China’s Uyghur minority.