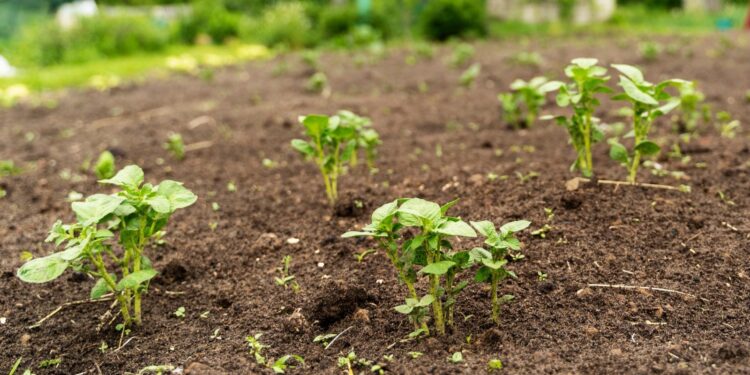 The Union government is pushing for the inclusion of Zero-Budget Natural Farming (ZBNF) in the agricultural curriculum at several universities across the country. The promotion of ZBNF through Natural Farming curriculum will be done at undergraduate and postgraduate level. Finance Minister Nirmala Sitharaman also announced the same in the 2022 Union Budget Speech delivered on February 1.

The government aims to promote natural agriculture under the Bhartiya Prakritik Krishi Paddhati (BPKP), a sub-regulation of the Parampragat Krishi Vikas Yojana (PKVY). The PKVY scheme and the BPKP sub-scheme have been put into actionable form following the two-day national consultation event organized by NITI Aayog on September 29 and 30 in 2020.

Natural farming is an agricultural practice that prioritizes using the laws of nature to farm. Natural farming is a growing process that does not use chemical and organic fertilizers and only looks at natural fertilizers already present in the soil. The natural farming approach was invented by a Japanese farmer named Masanobu Fukuoka. Fukuoka introduced the concept in his 1975 book, The One-straw Revolution.

In India, the concept was promoted by Subhash Palekar, a farmer based in Maharashtra and a Padma Shree Awardee. Palekar developed people’s knowledge of the method in the mid-1990s as an alternative to Green Revolution methods, which were dominated by the use of external chemical fertilizers and pesticides.

The Zero-budget Natural Farming method involves using the soil’s natural fertilization capabilities, with little help from natural inputs into the soil such as Jeevamrutha – a mixture of cow dung, cow urine, pulse flour and jaggery – and Bijamrita – a mixture with neem leaves, green peppers and tobacco.

Speaking at the National Summit on Agro and Food Processing, Prime Minister Narendra Modi addressed the method and catapulted the method into the general discourse on December 16, 2021. PM Modi called the method a “promising tool” in improving the country’s agriculture and farmers driving the farm train.

Following on from this example, the Indian Council of Agriculture Research (ICAR) has issued a circular instructing several central and state universities to promote natural agriculture by incorporating the method into the agricultural curriculum prevalent in the institutions. The top body initiated the discussion, after which FM Sitharaman explained the initiative in her budget speech on 1 February. “States will be encouraged to revise agricultural university syllabus to meet the needs of natural, budget-free and organic farming, modern farming, value addition and management,” said FM Sitharaman.

According to the decision of the union government, the programs offered by universities in agricultural fields will include topics of natural farming without budget, and the new updated syllabus will be active from the next academic year.