US actions over Beijing Games are ‘insult’ to Olympic spirit: North Korea 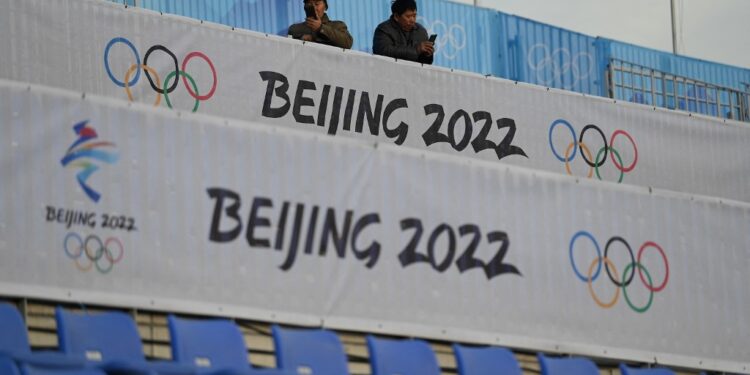 North Korea was banned by the International Olympic Committee (IOC) until the end of 2022.

North Korea blamed “enemy forces” and the global pandemic for not being able to attend the upcoming Beijing Winter Olympics and accused the United States and its allies of trying to prevent the Games’ success, state media said Friday.

North Korea’s Olympic Committee and Ministry of Physical Culture and Sports have sent a letter to their counterparts in China, including the Beijing Olympic Games Organizing Committee, expressing their support for the Games despite their absence, the news agency reported. KCNA.

North Korea has been suspended by the International Olympic Committee (IOC) until the end of 2022, meaning it will miss the Beijing Winter Games after failing to send a team to the Tokyo Olympics last year, citing concerns over COVID-19. 19.

“We were unable to participate in the Olympic Games due to the movements of the hostile forces and the global pandemic, but we would fully support the Chinese comrades in all their work to hold a wonderful and wonderful Olympic festival,” the letter said, according to KCNA.

The letter criticized the actions of the United States and its allies as “an affront to the spirit of the International Olympic Charter and a base attempt to disgrace China’s international image.”

In December, the White House announced that US government officials will boycott the 2022 Winter Olympics because of the “atrocities” of human rights in China, while US athletes will remain free to travel to Beijing to compete.

Several other countries, including Britain, Australia and Canada, have since announced diplomatic boycotts as well.

“The US and its vassals have become increasingly undisguised in their actions against China to prevent the successful opening of the Olympic Games,” the North Korean letter said.

North Korea said preparations for the Games were successfully made “under the proper leadership of Secretary General Xi Jinping, despite the global health crisis”.