US blocks $130 million in aid to Egypt over rights abuses 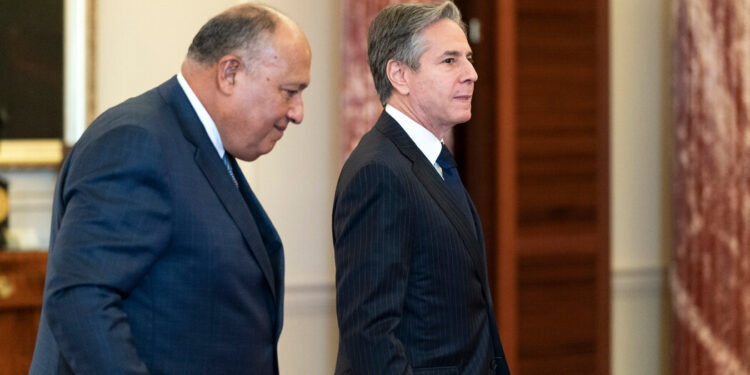 But activists and US officials said it didn’t go far enough.

In November, five Egyptian activists and politicians, including a former MP, were sentenced to three to five years in prison on charges of spreading false news and using their social media accounts to undermine national security.

“Of course the Egyptian government says things have improved, but the reality on the ground is dark and cruel,” said Gamal Eid, who ran an independent human rights organization in Egypt for 18 years before announcing this month that he would end its activities. referring to security threats and police harassment.

Mr Eid, who was the executive director of the Arabic Network for Human Rights Information, is involved in a criminal case against a number of non-governmental organizations and dozens of their members, accused by authorities of illegally receiving foreign funding. He has been banned from traveling since 2016 and his funds have been frozen. Two of his team members, a lawyer and an investigator, are in prison.

The blocked funding is only a fraction of the estimated $1.3 billion in aid the United States generally gives to Egypt each year. Only a small portion of aid depends on the country’s human rights record, according to demands set by Congress, and State Department officials said $130 million was the maximum. that they could withhold in a single fiscal year.

But Egypt has continued to buy military planes, ships and other equipment for billions of dollars — including $2.5 billion worth of C-130 cargo planes and radar announced just this week.