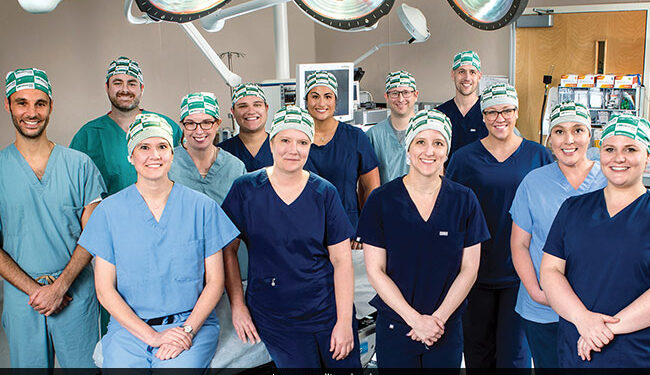 A US medical team announced Thursday that it had performed the second known kidney transplant from a pig to a human, the first in the body of a brain-dead recipient.

The procedure, which was described in a scientific paper, follows the successful implantation of a pig heart in a person earlier this month.

It is hoped that progress in so-called xenotransplantation, or cross-sex organ donation, may one day solve the chronic shortage of organ donations.

“Today’s results are a remarkable achievement for humanity and bring xenotransplantation into the clinical realm,” said Selwyn Vickers, dean of the University of Alabama at Birmingham (UAB) Heersink School of Medicine, who performed the procedure.

The first pig kidney was transplanted into a human on September 25, 2021 by a team at New York University (NYU) Langone and involved a brain-dead patient on a ventilator whose family had consented to the proof-of-concept experiment.

That procedure involved attaching a kidney to blood vessels on top of one of the patient’s legs so scientists could observe it and take biopsy samples.

The same team conducted another similar experiment on November 22.

The newly announced surgery took place on September 30, 2021. It involved placing two kidneys from a genetically modified pig into a person, 57-year-old Jim Parsons, who had wanted to become an organ donor, but his organs were deemed unfit.

“The transplanted kidneys filtered blood, produced urine and, most importantly, were not immediately rejected,” UAB said in a statement.

The kidneys remained viable until the study was terminated 77 hours later and the findings were published in the peer-reviewed “American Journal of Transplantation.”

In addition, because the kidney was completely plugged into the body, the UAB team says their procedure is one step closer to becoming a clinical reality. They plan to move to human trials soon and then seek regulatory approval.

All of the donor pigs involved in the four known pig-to-human transplants came from a herd owned by Revvicor, a subsidiary of biotech company United Therapeutics Corporation. Previous research has shown that such pig transplants are suitable for non-human primates.

Early xenotransplantation research focused on harvesting organs from primates — for example, in 1984, a baboon heart was transplanted into a newborn baby known as “Baby Fae,” but she only survived 20 days.

Pigs are the ideal donors because of their organ size, their rapid growth and large litters, and the fact that they are already raised as a food source.